Xcel Energy’s $2.5B Plan to Shift From Coal to Renewable Power in Colorado 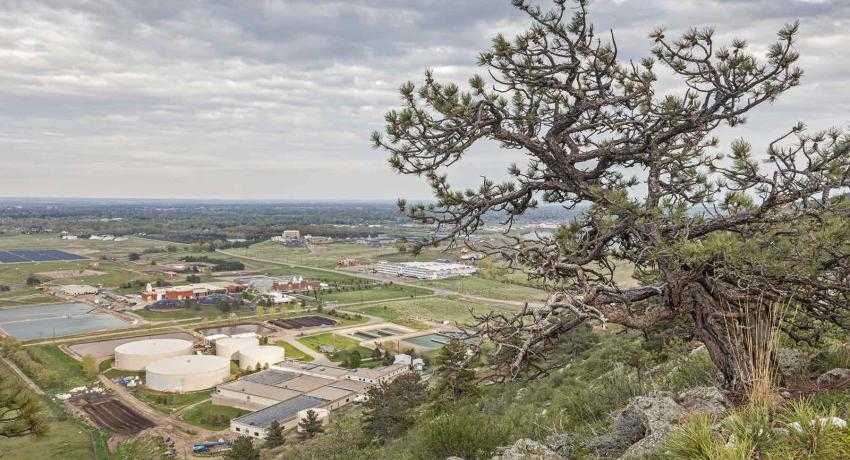 The Colorado Public Utilities Commission has cast its vote in favor of Xcel Energy’s ambitious “Colorado Energy Plan” that will cut the company’s CO2 emissions by 60 percent and increase the share of renewable sources in its energy mix to 55 percent by 2026.

In addition to reducing its environmental footprint, the plan will also save Xcel Energy’s customers about $213 million over this period.

What does the Plan Include?

As part of the plan, Colorado’s largest electric utility, Xcel will advance the phase-out date of two of its coal-fired plants in Pueblo from 2035 to 2025. According to the company, the plan entails an investment of $2.5 billion across eight counties.

By retiring the two coal-fired units, Xcel will be able to phase out 660 MW of coal power. In its place, the utility plans to add about 700 MW of solar and 1,100 MW of wind. In addition, it will generate 380 MW from existing natural gas reserves and 275 MW from battery storage.

Xcel Energy Colorado issued a statement about this “transformative plan,” which said that it would stimulate economic development in the rural regions of Colorado, while significantly reducing the company’s carbon footprint.

The leaders and staff at the Colorado Public Utilities Commission said that the low costs of renewable energy and the improving energy storage technology now provide a unique opportunity to promote a clean energy economy in the state.

While Xcel was building its ambitious electric resource plan two years ago, it received over 400 bids for wind and solar power from energy companies. Many of these bids were at historical low prices. According to analysts, the prices as well as the number of bids the company received were extraordinary.

It makes stellar sense to maximize the advantage for a green economy through low prices and significant tax credits.

A Boulder-based environmental conservation group, Western Resource Advocates, said that the new plan from Xcel will dramatically reduce carbon emissions and produce hundreds of jobs as well as investment for Colorado’s rural economy.

The president of Xcel Energy Colorado, David Eves, announced to the media that the company’s customers expect it to provide low cost power and boost the use of cleaner energy. He said that much the proposed $2.5 billion of investment by the company in new energy sources would be directed toward the state’s rural areas. This is awesome. As long as Colorado does not do what Germany did – their energy policy has been terrible but this is another topic.

Continued Focus on Moving to Renewables

Earlier this year, Xcel had announced plans to add 1,550 MW of wind power in the Midwest. The company has shut down nearly 1,100 MW of coal capacity at its Denver area plans to meet the state’s 2010 clean air standards. That capacity has been replaced with wind, solar, and natural gas generation.

The company also upgraded the carbon emission controls at its Pawnee Station in Morgan County and Hayden station in Routt County, apart from shutting down or converting three generation stations in the metro area. These actions were implemented at a cost of about $1 billion, according to an Xcel Energy spokesman.

Approval is expected soon on Gemini, a huge 7,000+ acre solar farm served by Warren Buffet’s NV Energy, thus making it the largest solar farm in all of America. END_OF_DOCUMENT_TOKEN_TO_BE_REPLACED

END_OF_DOCUMENT_TOKEN_TO_BE_REPLACED

END_OF_DOCUMENT_TOKEN_TO_BE_REPLACED
Calculate How Much You Can Save By Going Solar!
Use The Web's Best Solar Calculator!