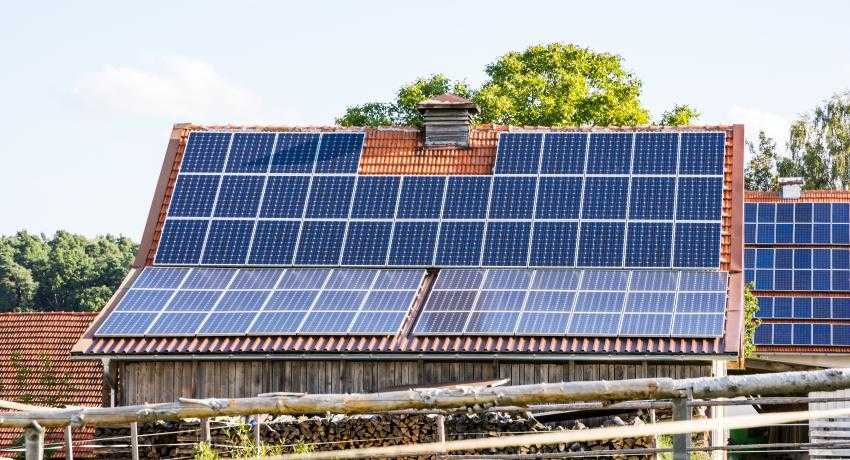 Environmental enthusiasts are sure to have observed the renewable energy wave that is sweeping across some US states. This May 2019, New Mexico was yet another state to join the bandwagon.

Governor Michelle Lujan Grisham has passed a bill that transforms the renewable energy landscape in the state, slowly but surely leading to a 100% clean energy state in the next couple of decades.

The bill, termed the “Energy Transition Act,” is considered revolutionary for many reasons. Here are the highlights.

To understand the depth of transformation that could be triggered by the new bill, you need to dig deeper into the current energy footprint of the state.

Prior to the Energy Transmission Act, New Mexico’s RPS laws mandated that at least 20% of the state’s total energy come from renewable sources (20% by 2020). At first glance, this seems like a reasonable number and is even comparable to other US states.

But what sets New Mexico apart, are the large coal farms/plants that lay scattered all across the state. These plants are long since due their expiry date, and are either heavily inefficient or downright inactive.

Worst of all, is that they pollute the environment by emitting carbon dioxide every year into the atmosphere. In fact, an average of 6,000,000 tons of the poisonous gas is emitted by just 2 leading coal plants within the state each year! Yet, a significant amount of New Mexico’s power lines depend on electric energy derived from these toxic coal plants.

Furthermore, due to technical loopholes in the system, the older 20% limit also included subsidies for several non-clean sources of energy, including the toxic coal plants. With this, the actual investments in renewable energy products – such as solar or wind power farms – was less than 5%, a tiny pittance by any standard!

This was a typical catch-22 situation, where the coal plants were intruding into the clean energy footprint of the state, while also being unproductive due to their age.

The state’s environmental activists have naturally been pushing to shut down/phase out the coal plants for several years rather than offering them tax incentives so they could update their plant so they become more efficient and can still keep the residents in The Land of Enchantment warm in the winter and cool in the summer. The year 2017 saw the closure of two large coal plants, in compliance with the Clean Air Act.

However, this was not without economic fallout within the state, caused due to loss of jobs, costs related to closure of coal farms, and so on. The state’s leaders were hence wary of repeating this decision and stirring up yet another financial or energy crisis. No one wants to be called the latest Barney Frank because we all know what he did to the real estate industry in 2007.

With the Energy Transmission Act, the state proactively addresses the looming coal-plant crisis as follows:

1.      The bill solidifies the state’s intention and commitment towards a clean, renewable energy footprint, as the reservation more than doubles the amounts invested in clean energy projects like solar and wind farms. With clear numbers, it reduces the possibility of misuse by non-clean plants.

2.      In addition, the bill redirects investment in coal mines towards renewable energy projects. For this, the state uses a financial tool call securitization, presently with restricted access, to protect end consumers from higher utility bills.

The tool also helps to support owners of coal farms with cost-effective financing (also offered at low interest rates), so they can quickly and more easily pay off the costs associated with shutting down coal plants.

It also factors the cost of training local labor for the renewable energy industry. As a bonus, this will additionally help diversify the New Mexico workforce, thus reducing its dependence on the coal industry, and contributing positively to the state’s economy.

It is this complete strategy that is expected to make New Mexico’s transformation – from toxic, coal-based energy to clean, renewable energy – both painless and sustainable to the state and its people.

What this can Mean to Home Owners in the Navajo State?

The New Mexico government is also sending a clear message to its resident homeowners – to confidently invest in solar setups to power their property, and thus benefit from various solar-powered incentives offered by the state.

In summary, the Energy Transmission Act is considered a much-needed breakthrough by New Mexico’s government.

There is unanimous expectation for this bill to significantly reduce the pollution caused by the coal farms spread across the state, create new and sustainable jobs in the clean energy sector, expand the state’s economy, and contribute positively to climate change besides the temperature changing on this planet due to Mother Nature herself – we all know about that ice age 10,000 years ago.

For all these reasons, it is rightly hailed by industry leaders as “bold” and “forward thinking”, capable of making New Mexico a national leader in creating a clean and sustainable energy footprint. Good for New Mexico!

Approval is expected soon on Gemini, a huge 7,000+ acre solar farm served by Warren Buffet’s NV Energy, thus making it the largest solar farm in all of America. END_OF_DOCUMENT_TOKEN_TO_BE_REPLACED

END_OF_DOCUMENT_TOKEN_TO_BE_REPLACED

END_OF_DOCUMENT_TOKEN_TO_BE_REPLACED
Calculate How Much You Can Save By Going Solar!
Use The Web's Best Solar Calculator!