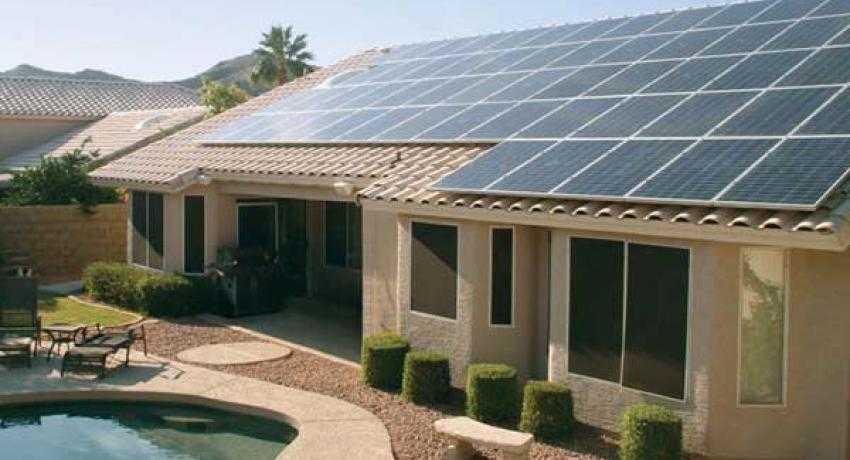 In the first nine days since Arizona Public Service imposed its $5 per month maximum fee on rooftop solar customers, new net metering applications have been a fraction of what they were in 2013.

The Arizona Republic reported last week that the utility took 41 applications for new net-metered rooftop solar installations. Before the new fee went into effect, the utility received 150 to 200 applications a week.

Tell Utilities Solar won’t be Killed (TUSK), a solar advocacy group, sent out a release arguing that even the low fee is having a negative impact on Arizona’s solar industry.

The Arizona Corporations Commission voted in November to impose a 70-cent per kilowatt fee on rooftop solar installation. That is about $3.50 per month for an average-size residential installation. And the commission capped the fee at $5 per month. It was significantly less than APS wanted. The utility asked the commission for permission to charge solar customers $50 to $100 a month, arguing that solar customers aren’t paying their fair share for grid maintenance.

The solar industry, which argued solar customers are providing even more benefit than they get credit for, said any fee would hurt the fast-growing industry that’s providing jobs and energy independence for Arizona residents.

In the end, solar advocates declared the low fee approved by the commission a victory for solar.

Now, solar advocates worry the damage caused by the new fee could be more significant than most people expected.

It’s too early to tell if the low application numbers are the result of a slow start to the new year or if home and business owners really are turned off by the new fee.

While the new fee shouldn’t significantly impact payback periods or the financial attractiveness of rooftop solar in Arizona, it could have some homeowners spooked.

Solar advocates grimaced last year when Spain announced that it would impose a solar tax on rooftop installations, including those that had already been installed and generating electricity for years.

Any indication that the utility can take away at a later date the financial benefits solar customers enjoy when they make the investment causes solar to seem risky. US solar advocates said in response to Spain’s proposal to tax solar customers who already had panels was bad business and that something like that happening here could hobble the industry.

While APS’ new solar tax only applies to people who install after Jan.1, the heated and highly-publicized battle between the utility and solar advocates could have stirred up concern about the utility’s long-term commitment to solar.

Utility-scale solar power generation is now substantially more efficient in terms of the amount of land it uses for electricity generation than a decade ago. END_OF_DOCUMENT_TOKEN_TO_BE_REPLACED

END_OF_DOCUMENT_TOKEN_TO_BE_REPLACED

END_OF_DOCUMENT_TOKEN_TO_BE_REPLACED
Calculate How Much You Can Save By Going Solar!
Use The Web's Best Solar Calculator!