Breakout Year For Solar And Wind Energy in The US 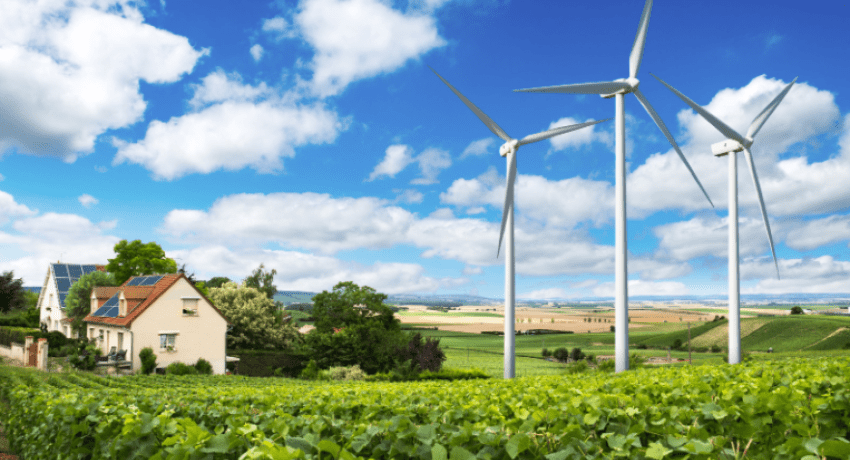 According to a US Energy Information Administration’s (EIA) report, solar, and wind power are slated to be the fastest growing sources of electricity generation this year. This growth is occurring despite a trimmed forecast because of the coronavirus outbreak and the resulting economic slowdown. At the same time, the output of coal-fired power plants is expected to drop by 20% from last year.

Renewable resources achieved an all-time high share of the country’s electricity generation at 25.3% in May 2020. These gains have been driven by the growth of wind and solar installations. In fact, 100% of the new power capacity added in the month of June came from renewables, with solar accounting for 60.1%. Another 37.5% was from wind and hydropower was at 2.4%.

Clearly, the growth trajectory of renewable energy appears unstoppable, even though hurdles remain.

Reasons for the Rise

The prime reason for this consistent growth, especially in the case of solar power, is the drastic reduction in the prices of solar panels. Solar PV panels were 12 times more expensive in 2010. Large-scale solar power plants have gotten so economical that it is now shaking the usually slow-moving utility industry out of its inertia. There is a growing realization that building solar and wind power capacity is the way for the future.

Another reason for renewable energy expansion is the expiration of the wind production tax credit (PTC) and a decrease in the solar investment tax credit (ITC). The last time the PTC expired in 2012, the US installed 13 GW of wind power. The next year, it failed to add anything.

There has been a massive growth in the solar industry because of solar ITC, with an average annual growth of 50% over the last decade. The ITC has proven to be one of the crucial policy decisions to help expand clean energy production in the United States.

Wind power generation companies have sought an extension of the solar energy’s ITC to wind projects. At the same time, the solar industry is seeking the extension of ITC benefits for the next year. These are two major policy decisions that will decide the new industry dynamics.

In December 2019, a one-year extension of the production tax credit (PTC) for wind power was passed by the US Senate. Other tax incentives that were set to expire were also granted a limited extension. Most of the credits will now expire at the end of 2020 unless there is a broader tax extension deal during the lame-duck session after the 2020 election.

Also, worth watching will be the US tariff policies going forward. The US government extended tariffs on Chinese imports, most recently including bifacial solar modules, and is considering a hike in the tariff rates – could be even more on account of the CoVid-19 virus situation. The wind industry needs to keep an eye on recently proposed tariffs on imported wind towers from several countries.

In the end, it’s evident that US policymakers hold the key to unlocking the potential of renewable energy and ensure that the clean energy boom continues unabated. With a handful of states like California and Arizona leading the way more must be done at the Federal level to achieve any kind of effective level of replacement of fossil fuels with solar or wind.

Utility-scale solar power generation is now substantially more efficient in terms of the amount of land it uses for electricity generation than a decade ago. END_OF_DOCUMENT_TOKEN_TO_BE_REPLACED

END_OF_DOCUMENT_TOKEN_TO_BE_REPLACED

END_OF_DOCUMENT_TOKEN_TO_BE_REPLACED
Calculate How Much You Can Save By Going Solar!
Use The Web's Best Solar Calculator!