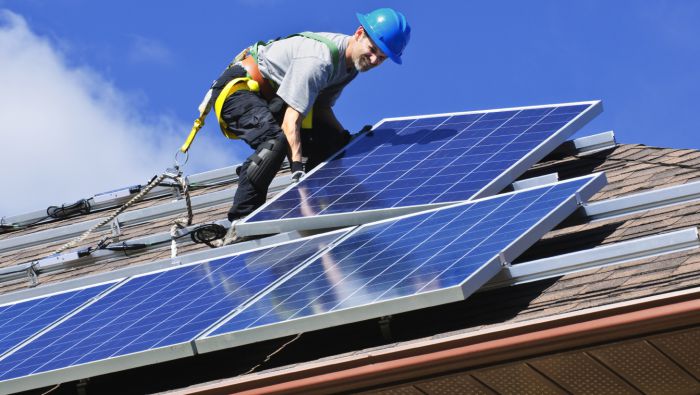 Solar industry advocates in Arizona are counting the Arizona Corporation Commission's decision to allow the state’s largest utility to tack on a $5 monthly surcharge to its solar customers a victory.

The Commission voted late last week to allow Arizona Public Service (APS) to impose the fee. While any fee or tax on solar is unwelcome by the industry, the $5 fee will not prevent solar industry growth in Arizona, said Barry Goldwater Jr., President of Tell Utilities Solar won’t be Killed (TUSK).

APS was requesting fees 10 to 20 times what the commission approved. The utility wanted to charge solar customers $50 to $100 more per month than other customers.

The utility’s argument is that solar customers depend on the grid, but aren’t paying anything to the utilities after they sell their excess power generation back to APS at the retail rate – a practice called net metering. This forces the utility to pass grid maintenance expenses on to non-solar customers.

APS spokesman Jim McDonald told the Huffington Post that the utility was disappointed by the small fee the commission authorized. He added, however, that he was pleased the commission imposed a fee at all, suggesting that APS recognizes the utility’s predicament.

The fee is 70 cents per kilowatt. Since most residential systems in Arizona are about 7 kilowatts, the average monthly fee for solar customers comes to about $4.90. Existing solar customers are exempt from the new fee for the next 20 years, but the fee will be charged to customers who install solar after Jan. 1, 2014.

The compromise came after a heated public debate between APS and the solar industry. The commission specifically questioned both sides about how they financed their advertising campaigns. APS spent nearly $4 million to the solar industry’s $400,000. Solar advocates criticized APS for secretly funding nonprofit organizations that pretended to launch grass roots anti-solar campaigns.

Concerns about the utility spending ratepayer funds on a campaign against solar brought more than 1,000 protestors out to the commission meeting last week to pressure commissioners to support solar.

While Arizona has had the most heated and public battle about net metering policies, several other states are facing similar debates and were watching Arizona closely to see what precedent would be set.

“The utilities and (their trade group Edison Electric Institute) showed just how far they are willing to go at any cost,” Goldwater said. “And that is the legacy of the Arizona net metering battle – a major loss for APS and its allies.

Utility-scale solar power generation is now substantially more efficient in terms of the amount of land it uses for electricity generation than a decade ago. END_OF_DOCUMENT_TOKEN_TO_BE_REPLACED

END_OF_DOCUMENT_TOKEN_TO_BE_REPLACED

END_OF_DOCUMENT_TOKEN_TO_BE_REPLACED
Calculate How Much You Can Save By Going Solar!
Use The Web's Best Solar Calculator!