Utilities must evolve to survive with solar 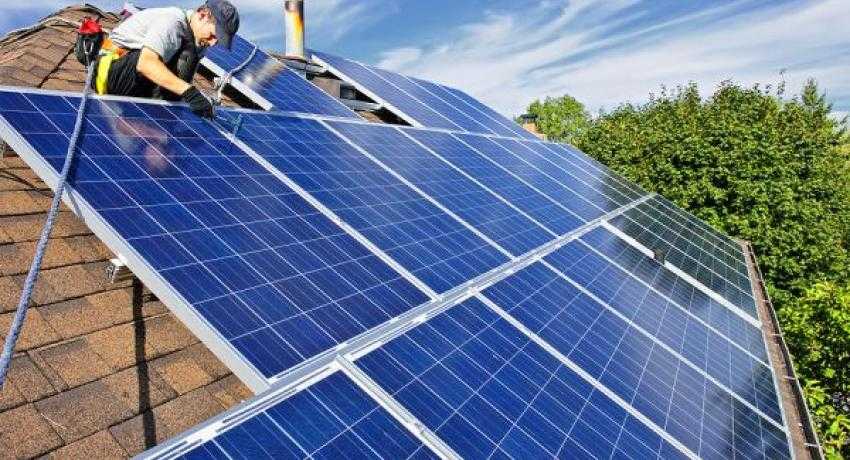 Telephone companies, cable companies, video rental services, taxi cab drivers, hotel operators, auto manufacturers… These are just a few examples of businesses that have had to evolve with the times or risk going extinct. Why should utility providers be any different?

They’re not. But few of them seem to recognize that the time for them to look to their next chapter isn’t just coming – it’s here.

The news is packed with headlines about the precarious position traditional utility companies are in because of the threat posed by distributed generation. While rooftop solar provides less than 1 percent of the electricity in the US, the industry is growing so rapidly that utilities see the writing on the wall.

The Edison Electric Institute, a trade group for utility companies, has launched an aggressive campaign to slow the growth of distributed rooftop solar.

David Owens, vice president of the EEI, had an interview with National Public Radio earlier this week in which he said people who have solar arrays aren’t pulling their own weight, which will cost other ratepayers.

"If they want to put on rooftop solar, that is their right. And we think it's a great technology. What we are arguing for is fairness in paying for the grid," Owens told NPR.

He said solar customers are still using the grid, so they should have to pay for it.

The EEI also tried to convince the Black Caucus of the evils of solar power in October, arguing that African American communities will pay higher utility rates so rich people can have their solar power.

Of course, Owens neglected to mention that solar customers still pay the same connection costs as non-solar customers in almost all jurisdictions. And the EEI ignored studies when addressing the Black Caucus that show most solar customers are middle class. That’s especially true now that the majority of solar customers get their power from leased systems that cost little to nothing upfront.

Arizona Public Service made the biggest waves with its attempts in early 2013 to charge solar customers $50 to $100 a month extra. The state’s regulatory body reduced that to an average $5 fee.

Now, the Salt River Project, a municipal utility in Arizona that isn’t subject to the same regulatory oversight, is proposing a $50 fee for solar customers. While the proposal offers ways for solar customers to reduce that $50 fee, solar advocates say the discounts are too complex and confusing. The fee is expected to severely damage the strong solar industry in the SRP jurisdiction.

Barry Goldwater Jr., a noted conservative and president of Tell Utilities Solar won’t be Killed (TUSK), said in an opinion piece he wrote for the Arizona Republic that the proposed “tax on solar” is shameful.

But it could also be the beginning of the end for utilities.

“Ultimately, the tax will devalue one of SRP's most prized possessions: its reputation,” Goldwater writes. “This $50-a-month solar tax will feed a bloated bureaucracy and kill competition, all while soaking ratepayers. This is not the storied SRP that used innovation to deliver water to the desert.”

Innovation is exactly what’s missing from utilities today. The fight against solar could very well be the undoing of the monopoly model.

After the Rocky Mountain Institute released a report on the economics of grid defection in August, utilities might have breathed a collective sigh of relief. While battery storage plus solar could make economic sense in some parts of the country as early as 2016, the study determined it was unlikely there would be mass grid defection anytime soon.

However, analysts from Morgan Stanley said the one thing that could change that would be fixed charges on net metering.

As long as utility companies dig their heels in and try to kill solar with fees, they might as well be Blockbuster in 2005 holding up picket signs to protest mail video services.

More than half of all residential solar installed in the third quarter of 2014 was not subsidized by the states at all. Solar is dropping dramatically in price. So is battery storage. Those price decreases are likely to accelerate as investment increases.

Off-grid solar companies closed $64 million in new funding so far this year. And almost all of those companies are working in the developing world. Germany is working hard to grow its energy storage market. And Tesla’s new gigafactory building batteries in New York could create a surge of affordable energy storage that could make true energy independence for anyone who wants to disconnect from the grid and inevitability.

If utilities don’t want to end up as archaic as typewriters, they need to quit contributing to their own demise with punitive taxes and fees and find a way to capitalize on this rapidly advancing solar wave.

Approval is expected soon on Gemini, a huge 7,000+ acre solar farm served by Warren Buffet’s NV Energy, thus making it the largest solar farm in all of America. END_OF_DOCUMENT_TOKEN_TO_BE_REPLACED

END_OF_DOCUMENT_TOKEN_TO_BE_REPLACED

END_OF_DOCUMENT_TOKEN_TO_BE_REPLACED
Calculate How Much You Can Save By Going Solar!
Use The Web's Best Solar Calculator!