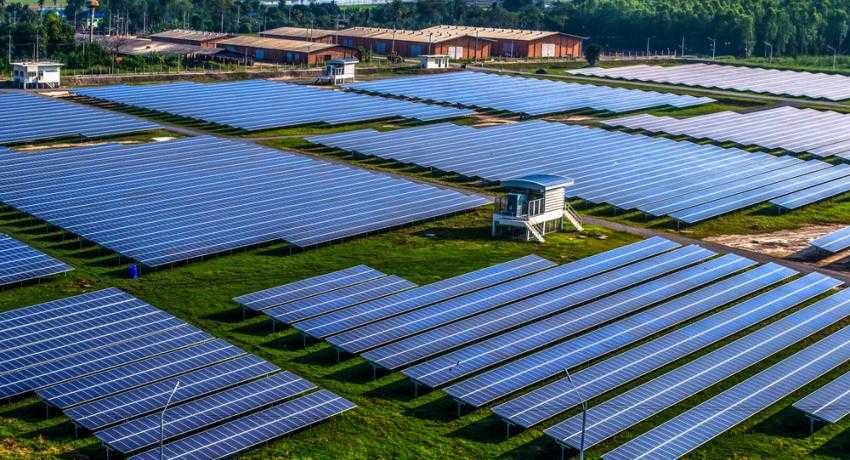 New research is assisting developers and managers of solar farms to optimize their operation to reduce costs and maximize the amount of energy generated.

On many occasions, public agencies as well as corporations have lost substantial money when weather conditions unexpectedly degraded or destroyed solar panels in their solar farms. There is a need to understand that diagnosing these degraded panels will not only reduce the electric bills but also shrink the manufacturing costs.

It is a fact that electricity generated from solar resources is quickly catching up with fossil fuels in price. This has put a lot of pressure on companies that are trying their best to make their solar panels last far beyond the warranty period (typically 25 years).

Recently researchers at Purdue University have created an algorithm that uses the physics-based mechanism of panel degradation to examine solar farm data.

Xingshu Sun, a Ph.D. student of computer and electrical engineering at Purdue University, explained the need for the algorithm in that we need to carefully evaluate a solar farm in order to understand why it’s degrading. In other words, we need to study the data regarding electricity production system of a solar farm. This data can be generated for any solar farm worldwide.

The algorithm is being considered as a portable electrocardiogram for solar farms. The researchers involved with the algorithm have recently published their findings on online forum Progress in Photovoltaics.

Even though the algorithm is still in a trial stage, interested researchers are free to download it.

Easy to collect and analyze new data in real-time

A Purdue University professor of electrical and computer engineering, Muhammad Ashraful Alam, says that previously companies were checking the solar farm data in a controlled manner. But a solar farm is continuously producing new data and this algorithm will prove to be transformative.

He also said that this is an information-focused approach that will enable the companies to constantly monitor the relevant data, which will make decision-making easier.

In addition, these real-time diagnostics will pave the way for improved solar panel designs. This will help companies cut the electric bills and prolong the lifespan of panels, leading to significant profits.

Xingshu Sun also mentioned that right now solar modules all over the world are designed in a similar way –which should be changed. He says that weather and environment are different around the world so the panels should be designed accordingly so as to not degrade faster.

For example, humid environments cause the panels to degrade by corrosion. On the other hand, high-altitude environments with zero humidity cause degradation by higher exposure to UV light.

Also, symptoms of increased sun-exposure or corrosion usually don’t show up on the panel until many years after the degradation began.

How will the algorithm impact the solar energy industry?

In order to calculate the parameters (voltage and resistance) of how well the panels are producing electricity, the researchers used publicly available panel data from the National Renewable Energy Laboratory.

When these parameters are inserted into the algorithm, the resulting curve displays the total power output generated by a solar cell.

Right now, the researchers are focusing on improving the algorithm. They are hoping that this algorithm will be able to show the total energy output of a solar farm in thirty years by analyzing the relationship between the estimation of electric circuit parameters and weather forecast data.

They also think that combining the algorithm with other physics-focused models may help them predict the lifespan of a solar farm.

This work has been supported by the National Science Foundation (NSF) and Solar Energy Research Institute for India and the United States (SERIIUS).

Approval is expected soon on Gemini, a huge 7,000+ acre solar farm served by Warren Buffet’s NV Energy, thus making it the largest solar farm in all of America. END_OF_DOCUMENT_TOKEN_TO_BE_REPLACED

END_OF_DOCUMENT_TOKEN_TO_BE_REPLACED

END_OF_DOCUMENT_TOKEN_TO_BE_REPLACED
Calculate How Much You Can Save By Going Solar!
Use The Web's Best Solar Calculator!