Solar Discs May Harness Power Directly From The Space 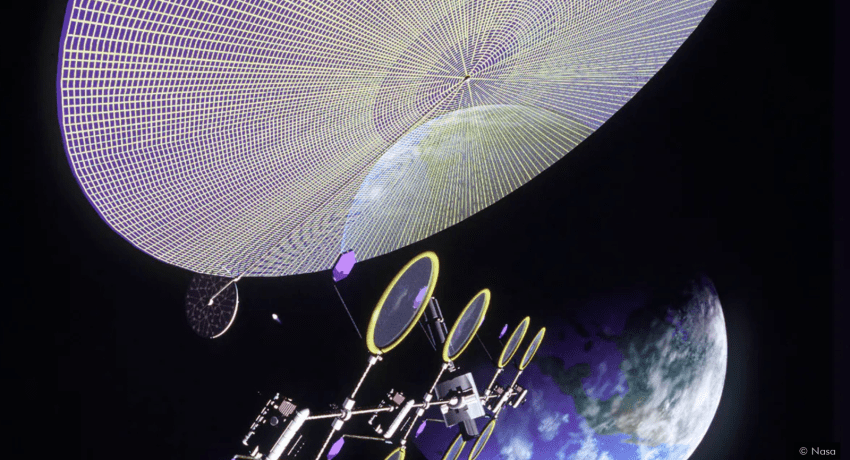 Space researchers are increasingly hopeful that the first resource we acquire from space will be "beamed power." This may sound right out of a sci-fi movie or the ideas of an over-imaginative mind, but scientists are investing their time and money into making it a reality. Soon, this generation could witness giant power stations set in outer space that can tap into solar energy and send it back to earth through beams.

Scientists see potential in this concept and are working to develop this incredibly vast renewable energy source that will sustain our energy demands for generations to come. The present sources of renewable energy fail to provide a constant supply. This necessitates the energy to be stored on a large scale before it could be transmitted.

A possible way out of this fix could be tapping into solar energy that is present in space. A solar power station could orbit around the earth, facing the sun all the time, and absorb more sunlight than solar cells positioned on the earth's surface. The sun's radiation on earth is filtered by the atmosphere and absorbed by clouds before it reaches the earth. Hence, a solar station set in space will generate much more energy than can be thought of on earth.

The challenge scientists are faced with is how to assemble, launch, and deploy the large station into space. The size of a single solar station can cover up to 1,400 football fields. Even when made with lightweight materials, launching it will be a crucial task that will involve a huge expense.

Researchers have already come up with a possible solution for it. Thousands of smaller satellites can be sent into space that will come together and align to form a large solar generator. Scientists in California have already prepared prototypes of solar panel tiles that weigh only 280g per square meter. They also outlined the drafts for the modular power station.

Recently developed models of 3D printing are also being evaluated at the University of Liverpool to manufacture ultralight solar cells. They will also utilize solar sails, which are foldable, lightweight membranes that can harness energy from the Sun's radiation and utilize it to propel the satellite around the earth.

Developments across the world

All over the world, the scientific community is working together and committing their share of effort to further this revolutionary concept. Scientists in China have advanced with a unique energy generation system called Omega, which is predicted to be operational by 2050 unless they allow another virus to halt the progress of humanity again, but this is another topic. Moreover, it aims to provide up to 2GW of power into the earth's grid. This amount of energy is enormous and would require up to six million solar panels on earth.

This sums up the complete possibility and extent of work that scientists have already achieved. More developments and enhancements would enable the construction of a solar power station in space. Sending smaller solar power satellites, similar to power lunar rovers, could be operational sooner than expected. What drives this research is the commitment and desire for a better world that will overcome climate change and other environmental crises. But even when humankind achieves this, there will still be natural disasters and the earth’s temperature will still fluctuate depending on natural phenomenon.

But that would be awesome to be able to run your AC in the summer nonstop and not have to pay anything for it! Just think how many flat screens we can have then as well!

Utility-scale solar power generation is now substantially more efficient in terms of the amount of land it uses for electricity generation than a decade ago. END_OF_DOCUMENT_TOKEN_TO_BE_REPLACED

END_OF_DOCUMENT_TOKEN_TO_BE_REPLACED

END_OF_DOCUMENT_TOKEN_TO_BE_REPLACED
Calculate How Much You Can Save By Going Solar!
Use The Web's Best Solar Calculator!