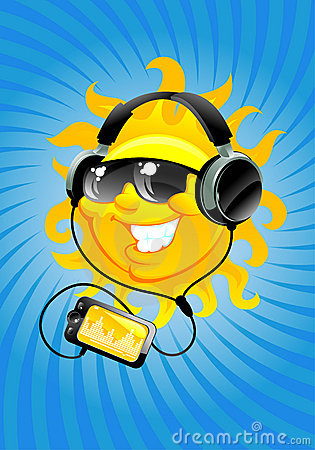 Just as athletes work harder when they’re jamming out to tunes, a group of researchers at Imperial College London and Queen Mary University of London have found that solar cells kick it up a notch when they’re listening to music.

Interestingly, like most athletes, solar cells seems to get a bigger performance boost from pop music than they do from classical arrangements.

The higher pitched sounds in pop music proved to stimulate up to a 40 percent greater power output from solar cells than cells that weren’t exposed to any music. Classical melodies helped as well, but not as much. This is likely attributable to the traditionally deeper tones.

The London researchers became interested in the effects of music on solar cells after other studies revealed that creating stress in certain materials could create voltage, according to a release from Imperial College.

For the experiment, researchers grew billions of nanorods from zinc oxide and coated them with an active polymer that generates solar electricity.  The zinc oxide responded to the sound waves.

The London study found that sound levels as low as 75 decibels, which is equivalent to typical roadside noise or an office printer, could improve solar cell performance.

Researchers were surprised by the results. They expected fluctuations in the sound waves to cancel each other out, ultimately causing the sound to make little or no difference. That wasn’t the case.

While it’s unlikely solar developers will begin installing boom boxes and playing Lady Gaga for the solar panels in their farms, the discovery could open up new markets for solar panels.

Solar panels affixed to noisy air conditioners, laptop computers, buses, trains and cars could seem decidedly more practical if the noise the devices create serves to stimulate the solar cells and dramatically increases their power output, according to the release from Imperial College.

Utility-scale solar power generation is now substantially more efficient in terms of the amount of land it uses for electricity generation than a decade ago. END_OF_DOCUMENT_TOKEN_TO_BE_REPLACED

END_OF_DOCUMENT_TOKEN_TO_BE_REPLACED

END_OF_DOCUMENT_TOKEN_TO_BE_REPLACED
Calculate How Much You Can Save By Going Solar!
Use The Web's Best Solar Calculator!