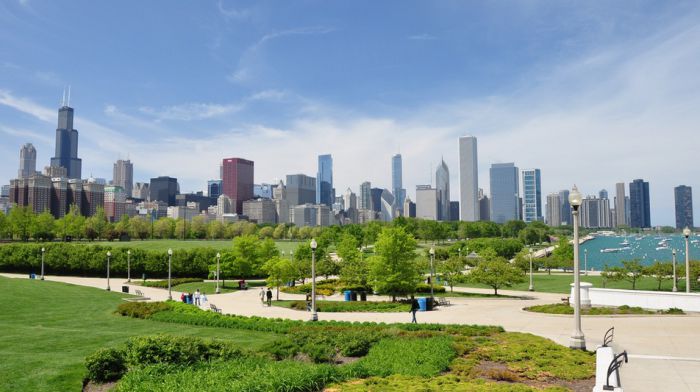 Illinois is less than half way to its June goal for installed rooftop solar.

The state’s renewable energy portfolio standard demands that by June 2014, 18.4 percent of its electricity come from renewable energy sources, primarily solar power.  But a flaw in the system set up to buy renewable energy credits has prevented rooftop solar investment and has kept the state from buying the credits it needs from those solar arrays that have been installed, despite a shortage of incentives, according to a Sunday article in the Chicago Tribune.

The Tribune reports that Illinois utility ratepayers have poured $53 million into the fund. But the state’s law won’t allow the money to flow unless the state’s two biggest utilities – Commonwealth Edison and American Illinois – are buying power. Neither has been purchasing power because a deregulated market allows consumers to opt for lower-priced and smaller power providers, leaving investor-owned utility companies with no need for additional electric capacity.

“So the pot of money just sits,” the Tribune story reads.

State legislators have considered a measure that would allow Illinois to spend the money on behalf of ratepayers, regardless of what utility services home and business owners use with the new solar installations. Alternative power suppliers have argued against that solution, however, saying that net metering for solar customers on their small networks in Illinois would drive up overall costs for other customers.

"On paper, we have great incentive for people to invest in solar here," Sarah Wochos, Senior Policy Advocate and Director of Research for the Environmental Law & Policy Center in Chicago, told the Tribune. "But there's some structural flaws in the mechanics of the law right now that make it impossible for those investments and that growth to happen here."

Attempts to fix the flaws have been delayed and the state is falling far short of its solar and other renewable energy goals.

Developers and companies see significant opportunity for solar in Illinois, especially in some of Chicago’s industrial areas. But solar developers are staying busy in states where incentives and high electricity rates make the technology much more financially viable.

The good news is that some businesses and homeowners are opting to install solar in Illinois, despite the lack of incentives. Solar prices have dropped dramatically over the last four years, falling to almost half the price per installed watt.

So companies that prioritize sustainability, like IKEA, are making the investment even though the state isn’t buying its renewable energy credits. That means Illinois has a fair amount of solar, but it’s not getting credit for that solar power generation, nor is it encouraging industry growth.

Utility-scale solar power generation is now substantially more efficient in terms of the amount of land it uses for electricity generation than a decade ago. END_OF_DOCUMENT_TOKEN_TO_BE_REPLACED

END_OF_DOCUMENT_TOKEN_TO_BE_REPLACED

END_OF_DOCUMENT_TOKEN_TO_BE_REPLACED
Calculate How Much You Can Save By Going Solar!
Use The Web's Best Solar Calculator!