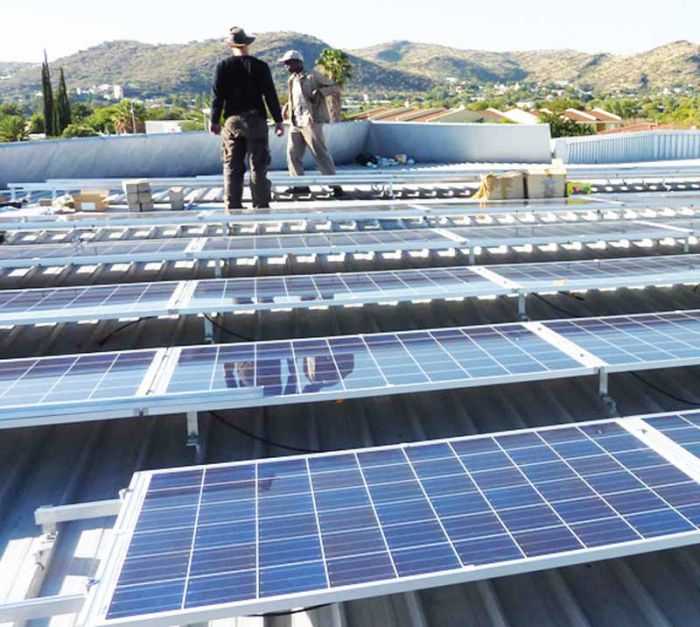 A 1.1-megawatt hybrid electricity system in Namibia is the largest rooftop solar project to date in Africa.

Namibia Breweries Limited, the largest brewery in the African country, recently completed the installation of a cutting-edge hybrid system that blends solar photovoltaic panels and diesel generation, allowing the business to operate almost entirely off grid, according to a press release from Danauer Solartechnik and CNPV, the companies that designed and built the hybrid system.

Electricity prices in Namibia and throughout Africa are high and the grid can be unreliable at times. For those reasons, many home and business owners supplement grid power with diesel generators, according to the release.

Of course, diesel can also be expensive. So, offsetting costly grid and diesel power with energy from the sun makes sense in sunny Africa. And as solar prices have dropped in the last two years, solar energy is emerging as a strong replacement for both diesel and costly grid power.

The only issue is that solar only works during the day when the sun is shining unless there is a battery backup. With battery technology still costly and in its developmental stages, NBL decided to supplement its new solar system with a siesel generator.

Namibia Breweries has a strong commitment to social responsibility and to the environment, according to its website.

“We leverage our role as one of Namibia’s leading corporates by not only employing sustainable resource management internally in our operations, but through our corporate social responsibility strategy where we work with numerous stakeholders to foster a sense of environmental responsibility and natural resources management,” according to the company’s sustainability statement.

In keeping with a company philosophy based on promoting sustainable business practices throughout the region, the brewery opted to install a major energy project that will set an example for other business owners in Namibia.

The brewery selected Danauer, a German company, and CNPV to develop the hybrid diesel and solar project.

The project was a major introduction for Danauer in Africa. Africa is expected to be an active emerging market for the solar industry and Danauer hopes to build on its business there.

Utility-scale solar power generation is now substantially more efficient in terms of the amount of land it uses for electricity generation than a decade ago. END_OF_DOCUMENT_TOKEN_TO_BE_REPLACED

END_OF_DOCUMENT_TOKEN_TO_BE_REPLACED

END_OF_DOCUMENT_TOKEN_TO_BE_REPLACED
Calculate How Much You Can Save By Going Solar!
Use The Web's Best Solar Calculator!