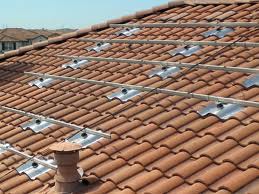 Moving into emerging markets is a big risk, but one that utility-scale solar developers will have to take if they want to continue to thrive, according to recent report from Lux Research.

Boston-based Lux analyst Matt Feinstein reported that China and India will be key emerging markets for solar developers even in the face of difficult political issues surrounding stirring trade wars.

“What we wanted to look at in the report was mostly markets from a policy perspective,” Feinstein said.

There are a lot of new markets and solar developers are targeting different ones. It’s still competitive out there, but nothing like it was when all of the solar developers in the world were concentrating their efforts in Germany and Italy and those two countries made up almost 70 percent of the demand. Now, different developers are tending to target certain markets that are offering big incentives from the Middle East to Africa, India, China and South America.

“But in those emerging markets, there’s a good amount of risk involved, especially for foreign companies,” Feinstein said. “The good thing is that the demand for electricity in those markets is growing a lot and they have much more reason to install solar.”

The risk is that those countries need power so badly, they might be overpaying for it or using money they don’t have to pay incentives.

Some developers are even investing in Feed-In-Tariff insurance policies for certain projects, he said.

“While each of those markets are risky, companies that want to be successful in utility-scale development need to take that risk,” Feinstein said.

Of course, the emerging markets aren’t the only ones left. While Europe is generally viewed as a dying market, developers interested in distributed generation projects still have a lot of opportunity there.

There are still a lot of home and business owners installing solar in Germany and Italy and throughout the rest of Europe and that’s something likely to continue for years to come, Feinstein said.

“Even if those markets are half of what they are today long-term, there’s still a lot of business to be done there. That’s still a $1 billion market.”

Feinstein said the U.S. market is in a similar boat. While there is likely to be a lot of utility-scale solar installed during the next five to 10 years, most developers see the U.S as a distributed generation market.

These 10 cities have been claimed by the researchers to have the largest solar investments in the US. END_OF_DOCUMENT_TOKEN_TO_BE_REPLACED

After decades of research, the solar industry has finally started to develope the underlying technology behind “transparent” solar panels. END_OF_DOCUMENT_TOKEN_TO_BE_REPLACED
Calculate How Much You Can Save By Going Solar!
Use The Web's Best Solar Calculator!