Mosaic sells out of solar crowd-funding investments in a day 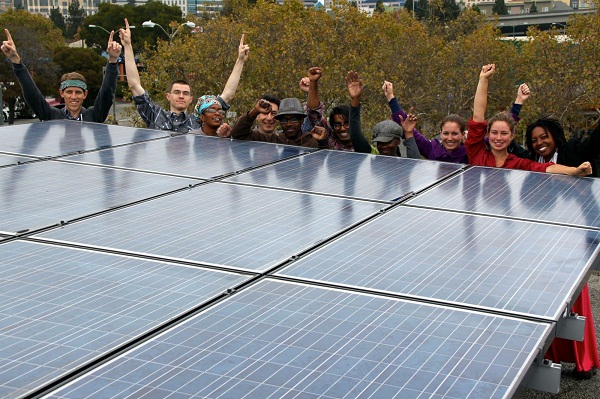 Fewer than 24 hours after Mosaic launched its first portfolio of four solar projects available for crowd-funding to investors in California and New York, the projects were fully financed and the opportunity to invest had passed.

“It blew us away,” said Lisa Curtis, spokeswoman for Mosaic. “We were hoping to sell through them quickly, but we expected it to take maybe a week. Certainly 24 hours is a lot faster than we thought possible.”

Mosaic has used crowd-funding to raise money for other solar installations, but this was the first time the Securities Exchange Commission permitted the organization to offer interest to investors who weren’t part of the community where the project was located. Most previous projects only promised to return the initial investments with no profit.

Those who participated in this first round will make 4.5 percent annual interest over the nine-year life of the loan, according to a previous release.

“As a nimble online marketplace specializing in clean energy lending we are able to source capital from the crowd and lend that capital to clean energy developers at lower interest rates than they would get from banks,” Mosaic co-founder and President Billy Parish said in a press call Monday, “while still passing along an attractive return to our investors.”

At 4.5 percent, Mosaic offers extremely affordable financing to solar developers and a much higher interest rate than investors can get in savings or certificates of deposit. Of course, the investment is riskier than those options.

The opportunity clearly appealed to investors.

Because SEC regulations are tight, the first round of projects were only open to investors in California and New York, where Mosaic leaders had negotiated with local regulators to allow the opportunity. It was also open to accredited investors – those with high annual income and net worth – across the country. There remains one project that accredited investors can finance.

Parish said in the call on Monday that Mosaic is working with other states to open the opportunity up to investors all over the country and is trying to gain clearance from the SEC to apply the crowd-funding model for solar projects on a larger scale.

Curtis said the demand for the first round of projects should help. “We’ll bring that to regulators and show them there is demand from the American people who want to invest directly in solar projects.”

Utility-scale solar power generation is now substantially more efficient in terms of the amount of land it uses for electricity generation than a decade ago. END_OF_DOCUMENT_TOKEN_TO_BE_REPLACED

END_OF_DOCUMENT_TOKEN_TO_BE_REPLACED

END_OF_DOCUMENT_TOKEN_TO_BE_REPLACED
Calculate How Much You Can Save By Going Solar!
Use The Web's Best Solar Calculator!