If You Build It… 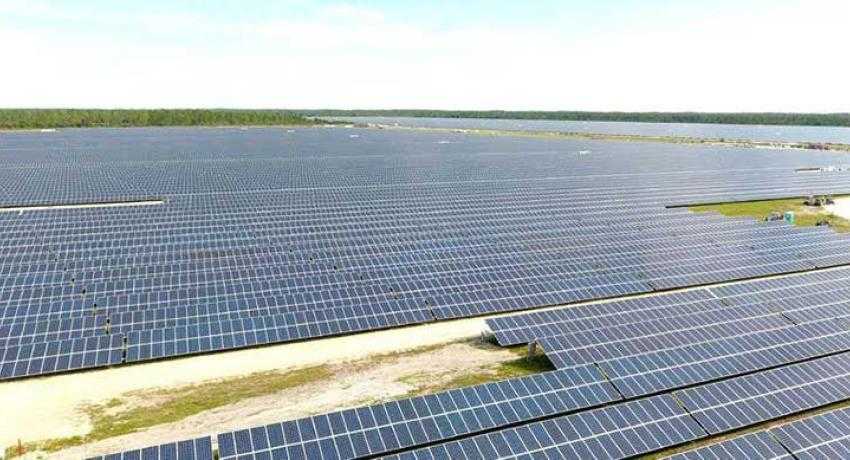 They will come, suggests the 1989 baseball-oriented movie, “Field of Dreams”, starring Kevin Costner.

But it hasn’t been all sun and games. The land purchase took place in 2006. Less than a year later, the entire project crashed along with the nation’s housing market. Even bucolic Charlotte County, located between Fort Myers and Sarasota, couldn’t handle the challenge.

Fast forward to November of 2015, and the project – comprised of ultra-efficient homes and a utility-scale in-house solar power plant – takes hold. And where better to hold than the favorite location of Florida’s birdwatchers (three wildlife conservation preserves), pristine beaches (Manasota Key), a handful of small but scenic, unspoiled state parks, the 85-acre Worden organic farm, and TEAM Punta Gorda, which mixes bicycling camaraderie  and community gardens.

Lest Kitson & Partners take all the credit for this future paradise, Florida Power and Light (FPL) had a hand in the making of the $300 million Babcock Ranch Solar Energy Center. With a total capacity of 74.5 megawatts, and a field of 300,000 solar photovoltaic (PV) panels covering 440 acres (via a Kitson & Partners donation), the Ranch – online since January 2017 – acts as an anchor for the residential development, and serves to remind once and future homeowners of the purpose behind this particular field of dreams.

The solar power portion of Babcock Ranch aims to provide the residential portion with all the power it will need. Excess generation goes back into the grid, providing “green” energy for other FPL customers.

As great as it is, Babcock Ranch Solar Energy Center is only one of several FPL utility-scale solar farms built in 2016. Collectively, the three farms encompass more than a million PV panels which more than triple the utility’s solar capacity. The 225 additional megawatts provide enough electricity to power 45,000 homes.
The residential development will feature a mix of 19,500 single and multi-family housing units, with 9,000 acres dedicated to greenways, parks, and lakes. Developer Kitson & Partners describes the complex as “America’s most walkable, hikeable, bikeable town with neighborhoods and public resources linked together by an extensive greenway and trail system”.

Developers also propose a smart-grid technology that will make good use of every watt of power generated by the solar PV field.

The first phase of homes, starting in the mid-$300s, will meet Bronze Certification from the Florida Green Building Coalition. These homes will also have access to community gardens so that residents can become part of the farm-to-table movement, and local “green” construction materials sourcing mean Babcock Ranch is green from the ground (aka foundation) up.

Babcock Ranch is also an early implementation site for on-demand, electric, self-driving cars which can be booked using a smart-phone app.  The Ranch will also offer “solar trees” (metal frames supporting solar PV panels) at various locations which serve as charging stations for handheld devices. In addition,” micro solar “panels installed on the roofs of commercial buildings at Founder’s Square are the first of several “micro-communities” that will expand FPL’s solar generating capacity as the development grows.

Homeowners are also invited to lighten their impact on ecosystems by installing rooftop solar – a standard option offered by Babcock Ranch-approved builders like Florida Lifestyle Homes.

Water conservation – an increasingly targeted phase of environmentalism and future shortages – will be driven by a 30 percent maximum turf coverage per home, and a mandate to use native, low impact trees and shrubs for at least 75 percent of landscaping needs.  All irrigation will use reclaimed “grey water”, and rain gardens will mimic the flow and cachement of natural systems.

To use another meme, it was a perfect storm of solar empowering when Gov. Rick Scott (R-Fla.) on June 16 signed pro-solar Amendment 4 into power. Called S.B. 90, the legislation reduces solar tax barriers while expanding consumer protections. The bill was the culmination of a grassroots effort which saw 73 percent of voting Floridians favoring solar energy but not the tax burden it generates on Florida homeowners.

Florida has a number of solar and renewable energy incentives and rebates available.  For more information, visit the Florida energy tax credits page.

Utility-scale solar power generation is now substantially more efficient in terms of the amount of land it uses for electricity generation than a decade ago. END_OF_DOCUMENT_TOKEN_TO_BE_REPLACED

END_OF_DOCUMENT_TOKEN_TO_BE_REPLACED

END_OF_DOCUMENT_TOKEN_TO_BE_REPLACED
Calculate How Much You Can Save By Going Solar!
Use The Web's Best Solar Calculator!