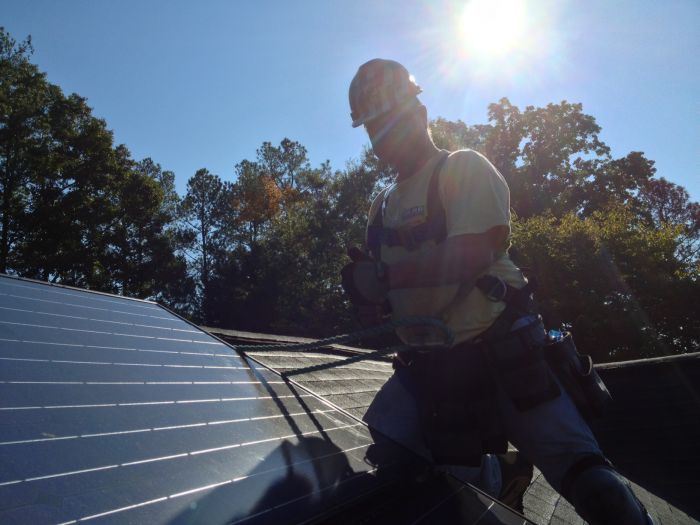 The utility has proposed across-the-board rate increases that would cost typical residential customers an extra $8 per month and those with solar installations $22 a month, according to utility company estimates.

The utility is requesting that the Georgia Public Service Commission allow it to charge ratepayers $132 million to help defray costs for upgrades to the aging coal-fired power plants.

While the rate increases in general have been met with ire, the solar tariff in particular has customers and solar advocates up in arms.

“This proposal penalizes solar at the exclusion of other energy saving methods which Georgia Power supports,” stated Georgia Solar Energy Association Chairman Mark Bell. “Georgia Power has traditionally supported energy efficiency and we feel solar is another excellent approach for customers to save money on their energy bills.”

Many fear that adding a $22-a-month fee for solar customers will have a “chilling effect on the robust growth of solar development underway in Georgia,” according to a release from GSEA. “Solar investment currently is providing jobs and new infrastructure throughout the state, including its rural areas where economic investment is badly needed. Solar energy is making Georgia farms more cost-effective and productive, and high-demand manufacturing more efficient.”

The utility argument for implementing the tariff on solar customers is that solar customers who get credit for the power they feed back onto the grid aren’t paying their share for grid maintenance, even though they use grid power when the sun goes down.

“Solar energy accounts for much less than 1 percent of the energy use in Georgia,” Bell said. “The sample is yet too small for Georgia Power to obtain any reliable ‘cost of use’ data to base this charge on. No data on solar’s impact on the Georgia grid exists to support this proposal for a new tariff targeting solar customers.”

The Savannah Morning News reported that residents at a community discussion about the proposed rate increases referred to them “unconscionable” and “theft.”

The issue is uniting Tea Party Conservatives with the likes of the Sierra Club in an unprecedented reach across the aisle.

Debbie Dooley, Co-Founder of the Atlanta Tea Party Patriots, spoke at a community meeting last week, calling for the end of “monopoly power companies and a transition to a free market system, beginning with solar,” according to the Morning News article.

“I think it’s unconscionable that Georgia Power wants to tax you if you put a solar unit on your private property,” Dooley reportedly added.

Nano diamond batteries have the impressive ability to retain its charge, not just for a year or two, but for thousands of years! END_OF_DOCUMENT_TOKEN_TO_BE_REPLACED

In 2020, wind power generated over 300 terawatt-hours, or 7.29 percent of the total electrical energy in the country, surpassing hydroelectric power as the biggest source of renewable energy in the US. END_OF_DOCUMENT_TOKEN_TO_BE_REPLACED
Calculate How Much You Can Save By Going Solar!
Use The Web's Best Solar Calculator!