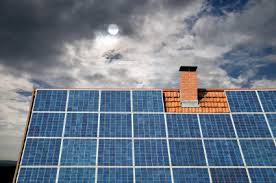 Envision Solar announced plans this week to install a forest of 2,300 of its Solar Trees at a property in North Carolina.

It’s a leap the company has been preparing to make. Over the last year, Envision has made repeated announcements about increasing modularization of its solar photovoltaic product. Because of the company’s new method of building the components for the Solar Trees in a factory and shipping them to the site, assembly only takes a few hours and its reasonable to expect Envision to be able to ramp up production quickly enough to finish installing the 35 megawatts of Solar Trees in 2014, Wheatley said.

There will be staffing and logistical challenges in moving from an operation that put out about 100 Solar Trees a year to one doing more than 200 times that volume.

“The good news is that this isn’t really a surprise,” Wheatley said.

He knew the business was poised for this type of growth and he expects there will likely be more announcements like this in the future. The company has outsourced all of its manufacturing and has contracts with a handful of facilities that can get to work building the components for the Solar Trees right away.

Wheatley said the company might start doing some of its own fabrication as well, though that’s not a certainty yet. He hopes there will be an opportunity to do some of the manufacturing in North Carolina, close to the site for the new solar forest, which Envision's partner Horizon Energy is developing.

“We’re committed to improving the environment in every way,” Wheatley said. “And that includes the economic environment.”

Local contractors will work to install the Solar Trees, creating new jobs. But Wheatley said he hopes, for several reasons, there could also be a plant nearby.

The property owner did not want to be identified, Wheatley said. But the Solar Trees were the solution the owner was looking for over several years. The forested property is home to some logging operations. The shading from the trees and the hilly terrain meant regular ground-mountain systems wouldn’t work well at the site. “The Solar Trees can co-exist with their leafy cousins,” Wheatley said.

And since the tracking panels sit atop concrete pillars, they can be planted in any kind of terrain.

The trees will provide regular revenue for the property owners.

After decades of research, the solar industry has finally started to develope the underlying technology behind “transparent” solar panels. END_OF_DOCUMENT_TOKEN_TO_BE_REPLACED

Sustainable energy sources are rapidly soaring in popularity in different parts of the world. The world's dependence on renewable power sources will significantly increase in the foreseeable future. END_OF_DOCUMENT_TOKEN_TO_BE_REPLACED

Being able to charge your EV with a solar panel roof while you are driving is no longer a fancy dream. END_OF_DOCUMENT_TOKEN_TO_BE_REPLACED
Calculate How Much You Can Save By Going Solar!
Use The Web's Best Solar Calculator!