The Emergence of Green Hydrogen 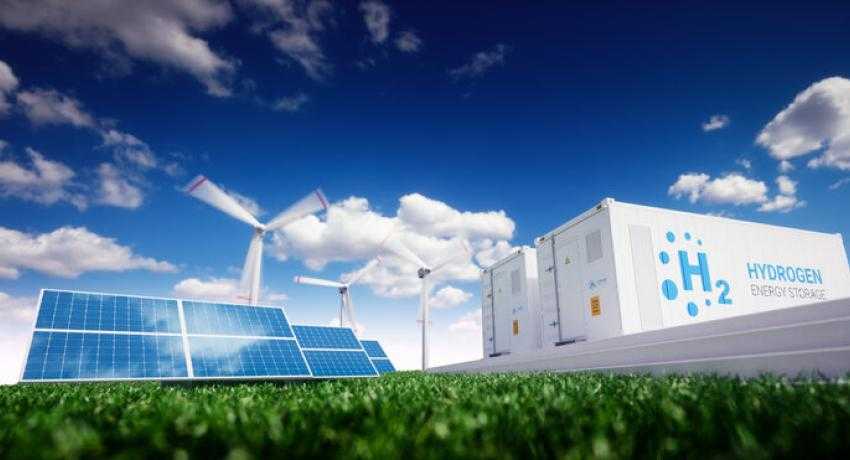 Water is an essential compound that can be formed as a by-product of the combustion of hydrogen unlike other compounds like carbon, which generates harmful by-products such as sooth and carbon monoxide. This is one of the reasons why hydrogen has an edge over carbon for decades. Although, when hydrogen is produced through the exposition of fossil fuels to steam, it contains some carbon.

The green hydrogen is usually produced entirely differently. Water is taken as the aqueous solution and an electric charge is passed through the cell to liberate hydrogen and oxygen as the only by-product. This method of producing green hydrogen was less practiced in the past since a high amount of electricity was required to satisfy the conditions of electrolysis (chemical decomposition of water to liberate hydrogen and oxygen).

The production of green hydrogen by electrolysis has grown significantly since there is more electricity from renewable energy sources which can be passed into the electrolytic cell to produce green hydrogen. An electrolyzer is another device that can be used to generate hydrogen by breaking water into hydrogen and oxygen. Over the years, it's functionality has been improved upon and it keeps becoming more efficient.

Companies keep developing the ones that can operate on a very economic and cheap scale to produce green hydrogen just as cheap as the blue or gray hydrogen. Some companies like SunHydrogen have merged electrolyzer right inside some renewable energy projects.

Conventional renewable power technologies like wind and solar alone if adopted can stave off about 85 percent of carbon, if coal and gas are replaced with green power.

It may be difficult for some sectors in the economy, such as manufacturing and logistics to adapt and transit from the standard carbon-rich fuel to green power, since their machines and engines require fuel with high density. An industry group known as the Energy Transitions Commission stated that green hydrogen is among the four technologies that are required if the Paris Agreement’s goal of avoiding the expulsion of ten gigatons of CO2 must be met.

Even though green hydrogen is still in its inception state, some countries are investing in the technology. Australia for example wants to export hydrogen produced from wind and solar power, and China targets the rollout of a million vehicles powered by the hydrogen fuel-cell by the year 2030 though all this is set back because of their virus but this is another topic.

Some countries like the United States, South Korea, and Norway are commencing these projects. In the state of California, plans are underway to release buses that run on fossil-fuel by the year 2040. The European Commission has launched a new hydrogen strategy for 2030 that aims to boost hydrogen capacity from the current 0.1 gigawatt to 500 gigawatts before 2050.

Considering these ambitious plans, Goldman Sachs has estimated that green hydrogen will be a market worth $12 trillion by 2050.

Utility-scale solar power generation is now substantially more efficient in terms of the amount of land it uses for electricity generation than a decade ago. END_OF_DOCUMENT_TOKEN_TO_BE_REPLACED

END_OF_DOCUMENT_TOKEN_TO_BE_REPLACED

END_OF_DOCUMENT_TOKEN_TO_BE_REPLACED
Calculate How Much You Can Save By Going Solar!
Use The Web's Best Solar Calculator!