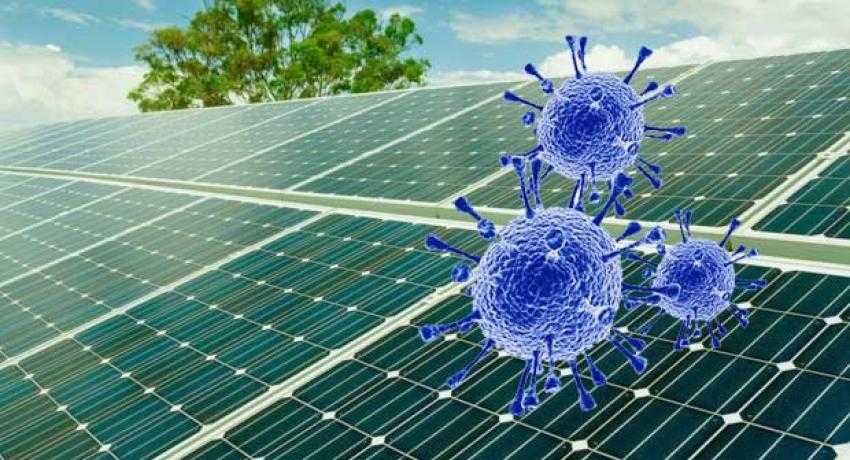 The rapidly evolving coronavirus or Wuhan virus pandemic has caused a global disruption across about every industry. The renewable’s sector is directly affected because China is the largest supplier of solar panels, and their production capacities are currently subdued.

Many large US companies have made long-term commitments to reduce their carbon footprint and increase their reliance on renewable energy sources. While there is a short-term impact on the investment plans of companies to make this critical transition to clean energy, there are no signs of any long-term backtracking on these commitments.

Technology Giants will Lead the Way on Renewables

Microsoft, Google, Facebook, and other global technology majors are already heavily invested into renewable energy to power their data centers and other tech facilities worldwide. The current Covid-19 driven social distancing and work-from-home practices are only likely to increase the world’s dependence on these digital corporations.

According to analysts, any short-term economic repercussions of the pandemic on these companies are likely to be offset by new demand as people across the world accelerate the shift of their personal and professional lives towards digital. With the least likely impact of coronavirus on these companies, they will have no reason to dilute or hold back their future investments in renewable energy.

Greater Recognition of the Urgency for a Sustainable Planet

Once the global devastation unleashed by Covid-19 is finally brought under control, the world is never going to be the same again. There will be a strong case to build a sustainable planet so that the extreme natural calamities that threaten the very existence of mankind can be avoided.

Even perhaps the harshest critics of renewable energy will recognize the importance of protecting the planet and choose long-term sustainable economic progress over short-term, myopic goals. What has enabled America to pursue renewables is the billions it has made via fracking which has meant billions of dollars has remained in America rather than be sent to Saudi Arabia – this type of logic is better for America’s much greener future. America does not want to make the terrible mistakes Germany did.

The current coronavirus crisis has already united the world against a common threat. Chances are that it will have profound, game-changing consequences for our priorities and how we choose to preserve our planet going forward.

Economic Viability of Renewables is Unaffected

Although fossil fuel prices have drastically come down in the prevailing price war between Saudi Arabia and Russia, such low prices will not sustain their economies forever and when they rise that will mean more American fracking which will mean more money for America and more money for renewables as already mentioned (Russia and Saudi Arabia don’t want America to be energy independent – it’s a vicious game). Renewable energy, on the other hand, is an infinite resource, and is already more economically viable than fossil fuels in some cases. This equation for some states is not going to change just because of a temporary global crisis.

Large businesses have made commitments to decarbonization, not because they are willing to pay a premium to reduce their environmental impact, but because it made a compelling economic case and promises greater savings on their enormous energy bills.

While some of the current renewable projects will slow down because of supply chain disruptions, the long-term economic benefits from clean energy are not going to be affected. Some companies are already making it clear, even in the midst of the ongoing crisis.

General Motors, for example, announced just last month that it is advancing its 100% renewable energy goals for its business operations worldwide by 10 years to 2040 instead of the original commitment of 2050. The company believes that Covid-19 does not have a long-term correlation with the global transition to renewables.

Utility-scale solar power generation is now substantially more efficient in terms of the amount of land it uses for electricity generation than a decade ago. END_OF_DOCUMENT_TOKEN_TO_BE_REPLACED

END_OF_DOCUMENT_TOKEN_TO_BE_REPLACED

END_OF_DOCUMENT_TOKEN_TO_BE_REPLACED
Calculate How Much You Can Save By Going Solar!
Use The Web's Best Solar Calculator!