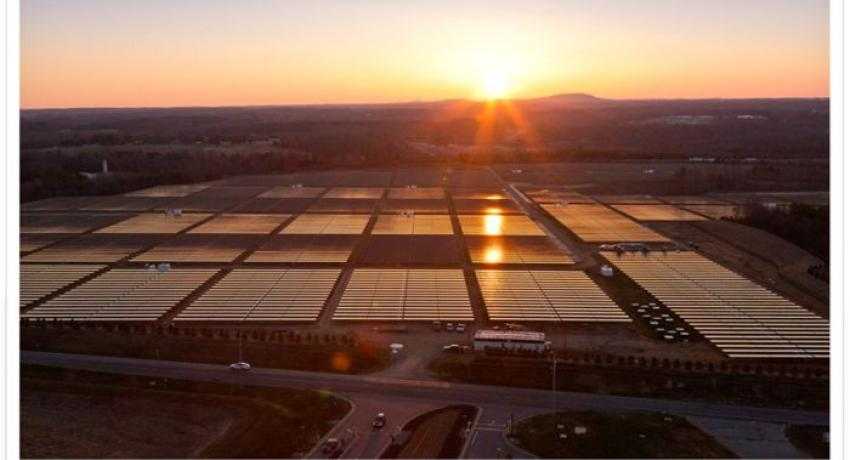 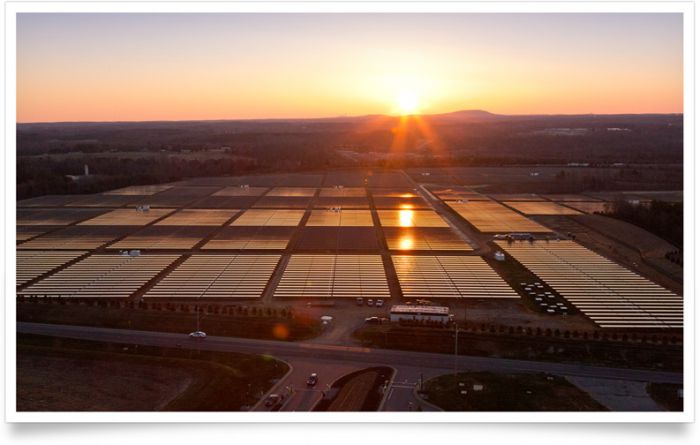 Earlier this week, Arizona announced that Apple is opening up a new manufacturing facility in Arizona. In announcing the new facility Gov. Jan Brewer (R) and the Arizona Commerce Authority also said that Apple would power the facility with solar and geothermal power.

“We are proud to expand our domestic manufacturing initiative with a new facility in Arizona, creating more than 2,000 jobs in engineering, manufacturing and construction,” Apple said in a statement. "Construction at the site will generate 1,300 jobs and the facility will employ about 700."

This new plant will make components for Apple products and it will run on 100 percent renewable energy from day one, as a result of the work Apple is doing with SRP [i.e., the Salt River Project utility] to create green energy sources to power the facility.

Apple's new facility was already a solar manufacturing site and was owned by First Solar. The site, located in Mesa, Ariz., is reported to have sold for more than $100 million.

“Apple is indisputably one of the world’s most innovative companies and I’m thrilled to welcome them to Arizona,” Governor Brewer stated. “Apple will have an incredibly positive economic impact for Arizona.”

She added, “Their investment in renewable energy will also be greening our power grid, and creating significant new solar and geothermal power sources for the state. As Governor, I’ve worked hard to demonstrate that Arizona is open for business. Today’s news is proof that’s paying off.”

The move follows Apple’s announcement earlier this year that it would manufacture its new Mac Pros in the U.S. as well. And it comes on the heels of announcements that more and more companies, including General Electric and Motorola, are bringing manufacturing back to the U.S. Many U.S. owned manufacturers are finding that they can better protect intellectual property in the U.S.  They are also able to make changes to production lines quicker in the U.S. than they can in countries like China.

Apple hasn’t disclosed details about the site yet, but given that it’s been adding solar in quickly (it now has 40.73 megawatts of solar power, according to the most recent Solar Means Business 2013 report from the Solar Energy Industries Association), it’s likely any solar project to power the facility will be large. A majority of the the company's current solar-power is at its North Carolina data center, which has 40 megawatts of PV. The company also is building a 20 megawatt PV array at its Reno, Nev., data center and announced that it's now powering all its datacenters with renewable energy. At this rate, the company could overtake Walmart as the top commercial user of solar. Walmart currently has 89.43 megawatts of solar powering its buildings across the U.S.

Apple will also host manufacturing by GT Advanced Technologies at the new Arizona site. The company, which makes manufacturing equipment for solar facilities as well as solar products, will manufacture Sapphire for Apple at the facility.

Utility-scale solar power generation is now substantially more efficient in terms of the amount of land it uses for electricity generation than a decade ago. END_OF_DOCUMENT_TOKEN_TO_BE_REPLACED

END_OF_DOCUMENT_TOKEN_TO_BE_REPLACED

END_OF_DOCUMENT_TOKEN_TO_BE_REPLACED
Calculate How Much You Can Save By Going Solar!
Use The Web's Best Solar Calculator!