Guest Editorial: The solar industry benefits from the U.S. and China 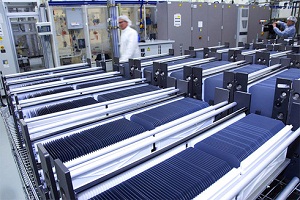 The trade case brought against Chinese solar manufacturers by U.S. solar-panel producer SolarWorld and six other domestic equipment makers could undermine the solar industry’s significant progress at the very moment it is poised for success.

With a largely jobless recovery here at home and a Chinese economy that is “cooling down,” a trade war over solar module production threatens both nations’ economies and the global viability of the solar industry overall.

Currently, the U.S. Department of Commerce is investigating whether or not it should impose preliminary tariffs in the case—this is occurring against the backdrop of a growing chorus of political rhetoric. Meanwhile, China’s Commerce Ministry is not standing idle—they are gearing up for action. It appears they are serious about initiating their own measures in anticipation of the U.S. advocating for trade remedies to be put in place.

At a time of economic dislocation and discontent, it is tempting to politicize trade disputes. But no nation or industry “wins” when these disputes escalate—and the unintended consequences of such an escalation will most likely outweigh the larger, negative impact on this important relationship with our largest trading partner.

The pending case raises concerns, but resolving this issue through an adversarial confrontation will impede both countries’ abilities to benefit from a growing solar market both in the U.S. and abroad. Such benefits are only possible through lower prices catalyzed by healthy competition between global manufacturers. Countries around the world realize the economic contributions the solar industry can provide, and are supporting new technologies and markets. This is not news. But to be clear: Competition and incentives need to be fair for all industry players.

Our companies, Dow Corning Corporation and Hemlock Semiconductor Group are among the world’s leading suppliers of polysilicon and other key solar materials that power solar innovation. Together, our common goal is to contribute to and support a thriving solar industry. Our recent U.S. investments of more than $5 billion back up that statement. We are expanding research, development and manufacturing capacity for materials such as polysilicon to help meet growing global demand. Our investments have made positive contributions toward getting the economy back on track—creating thousands of high paying jobs in economically hard-hit states like Michigan and Tennessee.

Furthermore, our business analyses indicate that now is the time for America’s solar industry to take off. The amount of new solar wattage installed in the U.S. has been growing more than 70 percent per year since 2008. Last year alone, the solar industry created approximately 100,000 jobs, an increase of nearly 7 percent.

As the solar industry continues to mature, the steep decline in solar panel prices have made solar energy affordable, delivering significant benefits for consumers while encouraging the development of large-scale photovoltaic projects. These installations, from residential rooftops to utility-scale solar farms, are helping the economy and the environment.

Continued investments made by domestic and foreign solar companies will allow solar to play an increasingly pivotal role in our country’s energy mix. And, as the solar industry continues to grow and achieve economies of scale, it will further drive job creation in communities around the country, up and down the value chain from manufacturing to installation.

The world wants and needs growing, sustainable and environmentally beneficial sources of energy. To that end, a growing U.S. solar market is good business for everyone—for our companies and dozens of other domestic manufacturers; for distributors, developers, and installers; and for households, small businesses and other enterprises.

In a down economy, the numbers help tell the tale: A recent Forbes story notes that the U.S. was a $5.6 billion gross exporter in solar-related products in 2010—exporting $1.9 billion more than it imported—including net exports of approximately $400 million to China.

The solar industry is ready for its moment in the sun: Here at home, we hope fairness prevails so that the investigatory process proceeds without acrimony, political overzealousness or protectionism; at stake are U.S. jobs, U.S. exports, and U.S. consumer benefits for a strategically important U.S industry.

Utility-scale solar power generation is now substantially more efficient in terms of the amount of land it uses for electricity generation than a decade ago. END_OF_DOCUMENT_TOKEN_TO_BE_REPLACED

END_OF_DOCUMENT_TOKEN_TO_BE_REPLACED

END_OF_DOCUMENT_TOKEN_TO_BE_REPLACED
Calculate How Much You Can Save By Going Solar!
Use The Web's Best Solar Calculator!