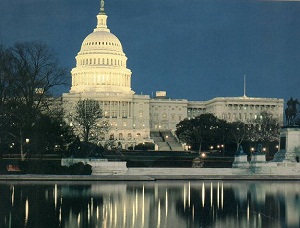 Today, we got word that the Republican-run U.S. House of Representatives released its budget, cutting solar-project funding substantially.

But it’s not a black-and-white, Democrat vs. Republican kind of disappointment. We’re upset about the incalculable ways contemporary ideologies fail to deliver what they claim to uphold.

Last month, the new House undertook a labor of love, so to speak, attempting to repeal the health care bill, or Obamacare. This group of mavericks even entitled the attempt “Repealing the Job-Killing Health Care Law Act.”

So we’re to understand that it’s jobs they are worried about.

Don’t count on it.

Removing funding for solar projects, many of which aren’t even close to completion, will be the proverbial bullet through the heart of the solar industry (or an arrow. It’s Valentine’s Day, after all). And what’s so out-of-step, ideologically that is, with the budget cuts and the so-called impetus of the health care repeal is the valuation of jobs.

If a project, one employing hundreds of workers, has its funding removed, what do you suppose happens to those jobs? Now imagine that thousands of individual jobs (SEIA actually estimates this number in the tens of thousands) had funding pulled.

So which is it, guys: An all-out-war on government spending or on legislation that threatens jobs?

The fact is that the average Joe or Janelle probably doesn’t give half a shit about government spending. It’s the current Republican battle cry, the button to push, the homogenization of public unrest packaged in a neat, sentence-long decry. Stop government spending and or taxes! (Democrats had their own set of chant-alongs during Bush’s reign—don’t think we're letting them off the hook).

The direct correlation between how much Bush spent in Iraq, or Obama spent on infrastructural upkeep, and the fact that your uncle can’t find work as a contractor is nonexistent in the grand scheme of things. Ask an economist. And even if there were a tangible connection, we would never be taxed in relation to how much our government actually spent. That’s because we have an intense aversion to taxes in this country, and our government knows this full well.

As a result of this sour taste, our government makes certain truths, like taxes or the cost of gasoline, easier to swallow. If you’re upset about the $3.50 gallon of gasoline down the street, go to Europe and pay for a gallon there, probably closer to $6 a gallon. Our government has a way of fudging the numbers, a constant game of switch-a-roo, which saves us from having a sizable amount taxed or paying the actual price for a slew of commodities.

We know. What’s this have to do with the solar funding?

Nothing on the surface, but we feel it’s necessary to provide readers with economical tidbits when we talk about the current fiscal climate in the U.S. It’s not because we think you’re stupid, but because how easily this information is manipulated to serve an ideological purpose—mainly, govt. spending is bad (insert additional chant here).

And govt. spending is not great. We’ll be the first to admit this. But the battle cry outlined above is a misdirection.

Every successful energy industry in this country was given a chance at the federal level—kickbacks, subsidies, lax regulation. Those are all examples of govt. spending, direct and indirect. Also, those programs, both above and beneath the surface, created jobs. And conservatives championed those programs—even though they were undoubtedly the ideological antithesis of their ethos.

But here we are, in the midst of another small-government push. How can you marry that idea with the support of jobs? Our estimation is that it’s impossible. The sad fact is that Republicans hate government spending when Democrats are signing the check. Similarly, Dems hate Republican spending, too.

When all is said and done, we are involved in a constant chess game (We know, chess game/pawn analogies are tired when it comes to big-brother theories, but bear with us). The winners and losers are inconsequential in the long run, but the prize of each short game is temporary control. What makes this game of chess a bit out of the ordinary is that the players cannot move the pieces themselves. They have to convince the pieces to take opposing sides, remove others from the board, and win for their team. In fact, the players have to convince the pieces to even be on a team in the first place.

The game never stops, the stakes are always different, and the pieces never really smarten up enough to leave the board.

It’s not about jobs, or government spending, helping the poor, getting the oil, or supporting the troops.

It’s about who’s on the winning team for as long as possible, using an ideological guideline until it needs to be ignored, expanded, and downright betrayed. Frankly, it’s extremely disappointing.

To write your representative about the House budget, start here.

Utility-scale solar power generation is now substantially more efficient in terms of the amount of land it uses for electricity generation than a decade ago. END_OF_DOCUMENT_TOKEN_TO_BE_REPLACED

END_OF_DOCUMENT_TOKEN_TO_BE_REPLACED

END_OF_DOCUMENT_TOKEN_TO_BE_REPLACED
Calculate How Much You Can Save By Going Solar!
Use The Web's Best Solar Calculator!