How Solar Panels are Manufactured 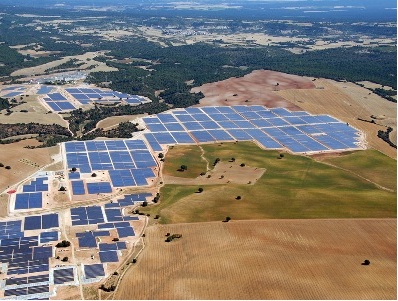 Hotter than a Wal-Mart parking lot in July, more energy than a caffeinated day care center, and bigger than any Las Vegas buffet, it’s the Sun! Burning at an astonishing 27 million degrees Fahrenheit, the Sun is half the equation to what makes life possible on planet Earth. But, in our ever-evolving world, not only is the Sun necessary for life, it is becoming a key component to making life better. Solar energy is quickly becoming the newest solution to our energy needs without making such a deep carbon footprint. The production, sales, and installation of solar panels have never been greater, but how does a solar panel go from the factory to your rooftop?

Silicon can be distilled into a gas, which is exactly the process used to transform the raw silicon gas into a high purity polysilicon solid. The polysilicon is then moved to a furnace where it can be melted into uniform cubes called ingots. Ingots are essentially giant polysilicon blocks that are cut into several smaller blocks, and then cut again into thin, individual wafers using a wire slicer that can produce many wafers at a time. The next step is where electricity starts coming into play.

A PN (positive negative) junction is formed between a “p” type silicon wafer and an “n” type silicon wafer. The way this type of cell works is by putting the positive and negative cells in close contact with each other and applying an electrical field near the top surface of the whole cell. Now it becomes a Photovoltaic (PV) cell that can generate electric momentum and direction for electrons when the sun hits its surface. This means that the photons from the sun hit the surface of the PV cell and generate electrons that can be collected and forced to flow through an electrical contact such as a wire and power anything from a lamp to a computer. But, we’re not done yet.

After the PN junction is formed and the PV cell is activated, an anti-reflective coating is applied to the cell so that more sunlight is captured, increasing efficiency and reducing the amount of sunlight that might otherwise bounce off the cell without ever being captured and turned into energy. But, as mentioned earlier, to collect all of that precious clean energy, a screen of electrical contacts has to be imprinted on the surface of every cell. Now that the cell has its electrical contacts it’s time to assemble it all together.

Modular assembly is fairly simple. Each individual cell is interconnected by automated soldering machines producing solar cell strings. These strings are the familiar checkerboard pattern that most modules resemble. Once the strings are made, they are put in the middle of a solar sandwich in the following order: glass, EVA film (ethylene-vinylacetate copolymer), the solar cell itself, more EVA film, and finally another pane of glass. This whole thing is then moved into a laminator and laminated in a vacuum, and then packaged in a protective aluminum frame. The solar panel is then shipped from the factory all over the world for all kinds of different applications, including saving you a bundle on energy bills. In fact, if you get enough solar panels installed, you can sell your excess energy back to the energy company and make money, so go out and get some clean, environmentally friendly solar panels!

Approval is expected soon on Gemini, a huge 7,000+ acre solar farm served by Warren Buffet’s NV Energy, thus making it the largest solar farm in all of America. END_OF_DOCUMENT_TOKEN_TO_BE_REPLACED

END_OF_DOCUMENT_TOKEN_TO_BE_REPLACED

END_OF_DOCUMENT_TOKEN_TO_BE_REPLACED
Calculate How Much You Can Save By Going Solar!
Use The Web's Best Solar Calculator!