Utilities' fight against solar might have been lost before it started 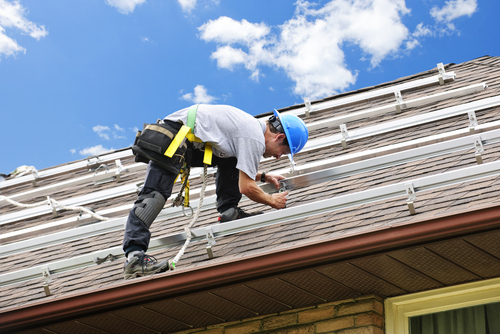 Editor's note: This is the first post in a three-part series

As a war brews between goliath investor-owned utilities and distributed solar energy supporters, solar advocates say they think the utilities have already lost – they just don’t know it yet.

Utility companies from Hawaii to Texas, Arizona and Louisiana have launched efforts to eliminate or reduce net metering payments – credits on utility customers’ bills for the power they generate with rooftop solar systems. The rate is typically the same as the retail rate customers pay for the power they purchase from the utility companies, but some utilities are trying to reduce the amount of the credits.

It’s happening all over the country with utilities lobbying elected officials to reverse state laws requiring net metering and launching full-scale publicity campaigns to turn public sentiment against solar like the one Arizona Public Service started earlier this month with full-page newspaper advertisements and funding for anti-solar websites.

The backlash, though, goes deeper than simple hurt feelings and sour tastes in the mouths of customers who invested in solar, according to renewable energy advocates.

There are clear political consequences for trying to stop a revolution already steaming ahead as solar energy grows in popularity.

More than 52 percent of Arizona voters said they want to encourage solar energy generation in the state more than any other type of energy generation, wheres 60 percent of the state’s Republican primary voters said they would be less likely to vote for a candidate who voted to end the state’s net metering program, according to a release from solar advocacy group TUSK – Tell Utilities Solar won’t be Killed. The advocacy group, chaired by noted conservative and former Republican representative from California, Barry Goldwater, stands behind solar in the same way it supports school choice, according to a press release. The argument from TUSK’s perspective isn’t about saving the environment; it’s about preserving a free market and allowing competition.

“I think this is a really pivotal moment for utilities,” said Bryan Miller, president of TASC – The Alliance for Solar Choice and vice president of public policy for Sunrun, a company that leases solar to homeowners. “This is regulators saying, ‘we’re lowering your rate of return because we’re sick of you not planning for the future.’ They’re saying, ‘we expect a real plan for the future from you.’ And utilities have never been asked to do that before.”

Miller said he expects more utility commissions to become increasingly critical of the companies they govern as regulators grow more and more aware, as utilities already are, that solar could be a real alternative to grid power.

The only difference, Miller said, is that utilities aren’t calling solar an alternative to their product – they’re calling it a threat.

Utility-scale solar power generation is now substantially more efficient in terms of the amount of land it uses for electricity generation than a decade ago. END_OF_DOCUMENT_TOKEN_TO_BE_REPLACED

END_OF_DOCUMENT_TOKEN_TO_BE_REPLACED

END_OF_DOCUMENT_TOKEN_TO_BE_REPLACED
Calculate How Much You Can Save By Going Solar!
Use The Web's Best Solar Calculator!