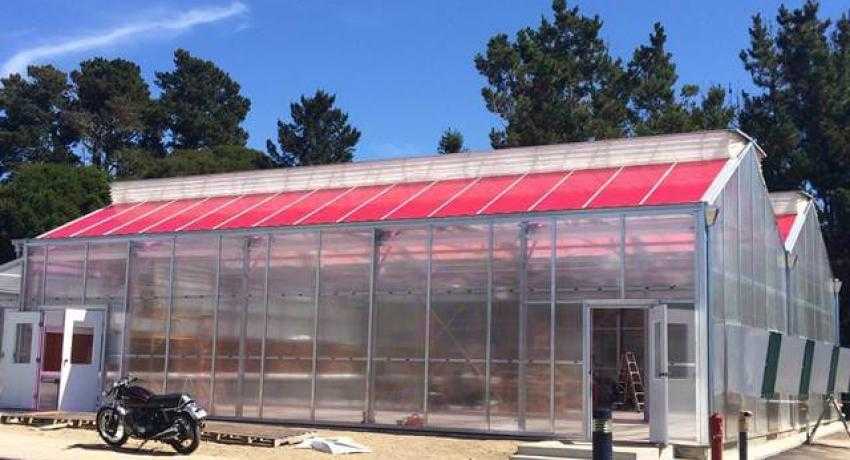 When you think of solar panels, the instant image that comes to mind is the typical blue-black panel that covers many a rooftop. In fact, many find it strange, perhaps even paradoxical, that an object meant to harness energy from the bright sun, comes with such a dark contour. This is by design, as the nearly-opaque panels are able to trap the maximum amount of sunlight, and thus produce solar energy with a higher rate of efficiency (averaging 15%).

Now what happens if you move the panel’s design to the other end of the spectrum – meaning, they become transparent, like clear glass? Well, they would definitely look less “clunky”, thus instantly improving residential curb appeal.

These could also be deployed in significantly larger numbers, not just on rooftops, but also on windows of buildings and vehicles. Many believe that this possibility would radically transform the industry, especially if they were also to be deployed on mobile devices like smartphones, laptops, e-readers, and their like.

And yet, industry experts have resisted this for years, considering it to be risky and counterintuitive, as the new design would allow more sunlight to pass through, thereby reducing efficiency. Fortunately, a recent breakthrough promises to be a game changer and disrupt the entire solar power industry.

After decades of research, the industry has finally given in, or rather given up, on the idea of producing transparent photovoltaic cells – the technology that presently rules the solar industry. Instead, what if a wider spectrum of sunlight could be considered – like those matching ultra violet and infrared wavelengths – transparent to the naked eye, yet available in plenty through the sun’s energy. The research team at MSU (Michigan State University) began work on this technology, producing the first ever Transparent Solar Concentrator (TSC) in 2014.

Since then, this technology has evolved to produce the TLSC – Transparent Luminescent Solar Concentrator, comprised of organic salts with the ability to glow when capturing UV and IR rays from pure sunlight. This luminous wave is then redirected through clear plastic embedded with ultra thin photovoltaic strips, fully capable of producing solar energy. The result is an unbelievable wonder, now famous as “transparent photovoltaic technology”, capable of transforming any piece of glass into a producer of solar energy.

For a new technology to be successfully, it requires rapid acceptance and adaptation in the industry. Transparent photovoltaic technology has gained strides in this regard, as industry leaders like Tesla have quickly hopped on to its bandwagon.

German giant Heliatek Gmb has already created a “clear solar panel”, capable of producing solar energy with 7.2% efficiency. Yes, it falls short when compared to the efficiency of opaque solar panels. But what it lacks is quality (of efficiency), it can quickly make up through deployments in large quantity.

Here, SolarGaps – a Ukraine-based startup that also has its headquarters in California (USA), seems to have taken the lead. Their “Smart Blinds” – transparent window blinds powered by solar technology are a hit in the international market, and promise to cut down your energy bills by up to 70%. This is great news for the industry, even as experts proclaim that this technology is capable of producing panels with at least 10% efficiency in the next couple of years. All in all, the future of solar is here, that is clear!

Utility-scale solar power generation is now substantially more efficient in terms of the amount of land it uses for electricity generation than a decade ago. END_OF_DOCUMENT_TOKEN_TO_BE_REPLACED

END_OF_DOCUMENT_TOKEN_TO_BE_REPLACED

END_OF_DOCUMENT_TOKEN_TO_BE_REPLACED
Calculate How Much You Can Save By Going Solar!
Use The Web's Best Solar Calculator!