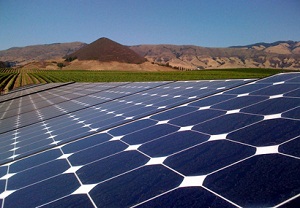 For the quarter, SunPower said it produced net income of $108.4 million and an earnings per share (EPS) of 73 cents. This is a stark contrast to last year’s third quarter, when the company reported a net loss of $48.5 million for the quarter and a loss per share of 41 cents.  SunPower's Q2 2013 results were slightly better. The company reported net income of $19.6 million and an EPS of 15 cents.

The results drew praise from analysts. Raymond James Equity Research Analyst Pavel Molchanov wrote that “SunPower's year-to-date rally has been epic—a combination of objectively better financial metrics but with a big dollop of momentum-driven short squeezes.” His company maintained its market performance rating on the stock.

"In addition, we prudently managed our operating expenses, strengthened our balance sheet and drove another quarter of strong cash flow. Overall, execution on our power plant projects, further expansion of our global distributed generation market footprint and lower manufacturing costs enabled us to exceed our forecasts,” he explained.

Growth in the company's distributed generation business was big as well. “Globally, SunPower deployed 134 megawatts of residential products including 56 from APAC [i.e., Asia Pacific], 33 from Europe and 45 from North America,” Boyton added. “In North America, we are balancing our lease and cash business based on customer economics and available lease financing capacity, which remains constrained. As of the end of Q3, we reached 134 megawatts of cumulative North America leases deployed, serving approximately 20,000 customers with net aggregate contracted payments exceeding $585 million.”

The company expects to be profitable for the entire 2013 fiscal year. CEO Thomas Werner said the company raised its earnings guidance from $1.30 to $1.50. EPS for the fourth quarter may be down, however. He added that earnings could range from 10 cents per share to a loss of 10 cents per share.

“Second half earnings should be essentially unchanged from the first half, a somewhat counter-seasonal pattern in a market that tends to strengthen late in the year, but SunPower deserves credit for delivering its first GAAP-profitable year since 2010,” Molchanov commented.

SunPower also announced plans to expand production of its Maxeon cells and modules at its Philippines plant. Due to the strong and growing worldwide demand for its products and solutions, management has decided to expand manufacturing capacity by 25% or around 350 megawatts.  CapEx for the fab will be between $185 million and $230 million and the company will fund this expansion through internal cash generation. This plant will position SunPower well for strong growth in 2015 and 2016, as it ramps up to more than 1.8 gigawatts of annual capacity.

Molchanov called the expansion announcement, “A positive sign from SunPower's individualized demand standpoint.” But he added a cautionary note: “From a broader industry angle, whenever we hear about capacity expansion—and SunPower is not the only PV firm broaching this—we have to wonder if the industry is about to get into yet another overbuild mode."

Utility-scale solar power generation is now substantially more efficient in terms of the amount of land it uses for electricity generation than a decade ago. END_OF_DOCUMENT_TOKEN_TO_BE_REPLACED

END_OF_DOCUMENT_TOKEN_TO_BE_REPLACED

END_OF_DOCUMENT_TOKEN_TO_BE_REPLACED
Calculate How Much You Can Save By Going Solar!
Use The Web's Best Solar Calculator!