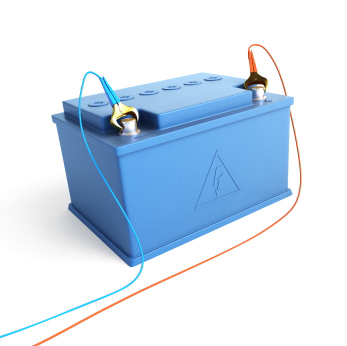 Paired solar and battery storage systems will grow to become a $2.8 billion market within the next five years, according to a report released earlier this week by market analysis firm Lux Research.

“Developers are pushing packaged solar and storage systems in order to stand out as value-adding leaders,” stated Steven Minnihan, Lux senior analyst and co-author of the Batteries Included report. “But not all will benefit equally. Residential energy storage will see a boost adoption due to solar, but the addition of storage will barely move the needle for solar players.”

“The actual dollar benefit to the homeowner is quite small,” he said. “The better benefit goes to off-grid applications.”

Unfortunately, the off-grid market is a small one. Off grid applications exist for mobile military operations, but only a handful of them. Minnihan was quick to add, however, that there are some emerging markets that will benefit from off-grid energy storage systems paired with solar, with the largest being telecommunications.

While the majority of cellular towers in the United States are grid-tied, the cellular telecommunications market is exploding in developing countries, which could present significant opportunity for solar and storage systems there.

Despite a lower return on investment for grid-tied systems, Minnihan said there is also significant interest from home and business owners in the developed world who want more energy security.

“It is mostly driven by backup.  We don’t actually forecast grid independence in suburban and urban areas. There’s not an economic driver to get consumers to move completely off the grid. Utility prices are still too cheap for that.”

There are some homeowners in certain areas with expensive utility costs and less reliable grids who are overinvesting in solar and storage combined systems.  Many affluent homeowners are also investing a tremendous amount in energy backup systems for reliability.

This is particularly true in Japan, where residents are hedging against major electricity catastrophes like those that followed the Earthquake and Tsunami three years ago.

While combining solar and storage will boost the battery storage market and there will be significant growth in combined system sales, the addition of storage will barely impact the solar market.

Minnihan concluded, “This is only going to lead to a 1 percent increase in the solar market.  That’s just a drop in the bucket for the solar industry.”

After decades of research, the solar industry has finally started to develope the underlying technology behind “transparent” solar panels. END_OF_DOCUMENT_TOKEN_TO_BE_REPLACED

Sustainable energy sources are rapidly soaring in popularity in different parts of the world. The world's dependence on renewable power sources will significantly increase in the foreseeable future. END_OF_DOCUMENT_TOKEN_TO_BE_REPLACED

Being able to charge your EV with a solar panel roof while you are driving is no longer a fancy dream. END_OF_DOCUMENT_TOKEN_TO_BE_REPLACED
Calculate How Much You Can Save By Going Solar!
Use The Web's Best Solar Calculator!