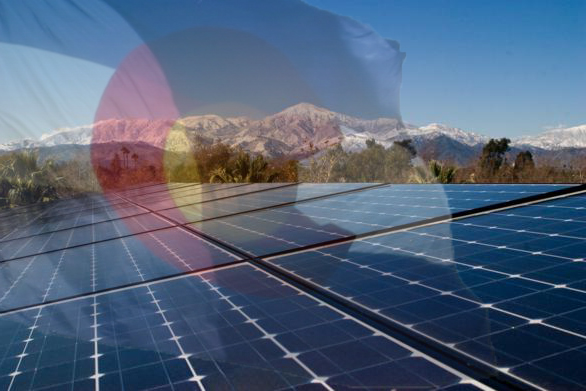 Colorado’s growing solar industry has contributed more than $1.42 billion to the state’s economy since 2007, according to a recent study from the Solar Foundation.

The Solar Foundation is a national nonprofit focused on researching the economic impact of the solar industry. The organization’s 2012 solar jobs census found that more than 119,000 Americans were working in the solar industry, which was a 13.2 increase over 2011.

The study found that Colorado’s solar photovoltaic industry has created more than 10,700 full-time equivalent jobs since the technology first started to become popular six years ago.

Workers have collected more than $534 million in wages since then and installed nearly 250 megawatts of solar electricity in the state.

State tax revenue collected from increased solar development between 2007 and the first quarter of 2013 falls somewhere between $34.1 million and $59.7 million.

“Solar energy is ready to play a major role in Colorado’s future,” said Rebecca Cantwell, Director of the Solar Friendly Communities Program. “It creates jobs, strengthens local economies, cuts air pollution and conserves our precious water supplies. This report puts some hard numbers on a lot of those benefits for the first time.”

While the economic impact has been significant, such rapid growth is expected to continue. COSEIA set a goal of installing 3 gigawatts of solar photovoltaic capacity by 2030, which is the equivalent of 1 million solar rooftops.

The Solar Foundation study found that increased solar installation to such a degree would create almost 32,500 full time equivalent jobs.  Employees of such jobs would earn a projected $1.9 billion. In addition to generating clean energy, the economic impact would top $3.85 billion.

These types of growth opportunities are immense and Colorado solar industry leaders are expected to use the data from the study to promote state policies that will remain friendly and encourage industry growth.

“The hard statistics in this report illustrate the unquestionable contribution solar development makes to state economic development,” said Piper Foster, COSEIA board president. “COSEIA is proud to publicize facts about the jobs engine that is solar energy.

Utility-scale solar power generation is now substantially more efficient in terms of the amount of land it uses for electricity generation than a decade ago. END_OF_DOCUMENT_TOKEN_TO_BE_REPLACED

END_OF_DOCUMENT_TOKEN_TO_BE_REPLACED

END_OF_DOCUMENT_TOKEN_TO_BE_REPLACED
Calculate How Much You Can Save By Going Solar!
Use The Web's Best Solar Calculator!