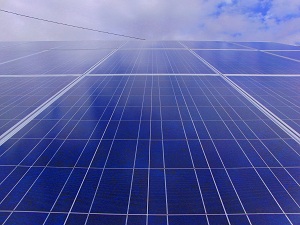 In some of the states where solar has grown most feverishly, big market crashes could cost home and business owners the paybacks they counted on when they invested, according to a recent report from Photon Consulting.

The report, titled End of the Gold Rush: Crash of U.S. SREC Markets?, paints a rather dreary picture of future growth in the solar industry in states that have relied heavily on solar renewable energy credits.

“[The credits] have created a gold rush of solar installations in U.S. states like Massachusetts, Ohio, Maryland, Pennsylvania and New Jersey. However, these self-correcting incentive programs may significantly dash future market growth expectations,” according to the report.

Co-author Benjamin Merewitz said that while the report contains some rather scary information, it wasn’t designed to scare.

“We wanted to provide a set of prescription glasses with which downstream constituents can examine the market,” Merewitz said.

The trouble with markets dominated by SREC structures is that they are controlled by opaque systems.

The regulations and policies can change at any time, and there are no guarantees that the credits available today will remain tomorrow, which makes market and pricing estimations unpredictable and leaves a lot of room for dangerous business mistakes.

The Renewable Energy Portfolio standards, which require utilities to get a certain percentage of their power from renewable sources, have driven demand for clean energy and driven the credit programs to expand. But as supply of renewable energy catches up to that demand, the credits are slipping away.

Merewitz said the Photon report had three primary purposes—first, to serve as a pair of glasses with which to examine individual markets. Second, the report should be a tool kit, Merewitz said, for “weathering the storm” that will come as the subsidy structure changes. And third, the report provides market-to-market profiling and a detailed segmentation of the market.

While the report does sound alarms of the end to solar industry growth, factors could change, and states could increase their renewable energy portfolio standards, again pushing up demand. But there’s no way to know what will happen.

Merewitz said the report is based on current policies and regulations.

“We wanted to stay away from making political predictions or recommendations,” Merewitz said.

Utility-scale solar power generation is now substantially more efficient in terms of the amount of land it uses for electricity generation than a decade ago. END_OF_DOCUMENT_TOKEN_TO_BE_REPLACED

END_OF_DOCUMENT_TOKEN_TO_BE_REPLACED

END_OF_DOCUMENT_TOKEN_TO_BE_REPLACED
Calculate How Much You Can Save By Going Solar!
Use The Web's Best Solar Calculator!