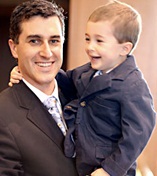 Oregon State Senator Chris Edwards (D) chatted with me about renewable energy and solar power in the state of Oregon and what its place will be in Oregon’s economy.

While he sees the importance of fostering growth both in the construction of physical plants, he explained that manufacturing of solar power equipment like photovoltaic panels will result in greater jobs gains and retention for this northwestern state prepares to climb out of the steep economic recession that has driven unemployment up to 11 percent. But to keep the wind behind Oregon’s renewables industry will require some help from legislators like Edwards.

Solar will play a role in that recovery, with the help of state legislation.

“We have a good manufacturing corridor, and the business energy tax credit has been critical for that industry,” said Edwards. “Of course while [solar] is a very important industry, it’s not unlike other industries in that there are some basic requirements the big solar manufacturers need to have. And that is a big enough space to build their facility on and access to water and power. One of the ironies of solar panel manufacturing is that it takes a lot of energy to manufacture solar panels.”

But not all solar is necessarily good for jobs.

Unfortunately, solar farms tend to be short-term construction projects. This, he said, limits their ability to provide a greater investment return from the state’s perspective.

“The opportunities for solar installation projects and energy efficiency projects are so enormous,” he said. “They could keep thousands of Oregonians employed for many, many years.”

Nearly two-thirds of the state’s power comes from large hydroelectric dams—a dubious source of renewable energy at best, given the amount of environmental degradation required to build and operate them.

But above the Columbia River Gorge, the long-arms of turbines catch winds coming off the Pacific coast, producing clean energy for Oregonians and the United States. The state already produces roughly 4 percent of all the United State’s wind energy and the Energy Information Administration projects that the state could produce more in terms of wind, geothermal and solar power.

But despite the success of Oregon’s wind program, Edwards worked to pass energy efficiency bills which provide a quick return on investment and help reduce people’s carbon footprints: the state’s energy-efficiency and sustainable technologies bill.

“[The bill] established a platform for investments in energy efficiency. Because the one thing we know about energy efficiency is—as you look at the continuum and spectrum of how to get more bang for your buck in reducing our carbon footprint—energy efficiency is the quickest payoff,” he said. “Yet there have really been a lack of policies to incent that.”

But Edwards said that some of the bills that have passed will help.

“The vision is that you could have a venture capitalist invest in the returns on energy efficiency over an entire neighborhood, and then they could get the returns, and the homeowners are then getting the benefits of not only lower energy, bills but also increased value to their homes,” he said. “And it took legislation to establish the mechanisms by which that could happen over the long run.”

Edwards was up for reelection this past November and won with 62 percent of the vote.

Pictured: Sen. Edwards with, what we assume, either is his son or a very young fellow democrat who was up for reelection.

Utility-scale solar power generation is now substantially more efficient in terms of the amount of land it uses for electricity generation than a decade ago. END_OF_DOCUMENT_TOKEN_TO_BE_REPLACED

END_OF_DOCUMENT_TOKEN_TO_BE_REPLACED

END_OF_DOCUMENT_TOKEN_TO_BE_REPLACED
Calculate How Much You Can Save By Going Solar!
Use The Web's Best Solar Calculator!