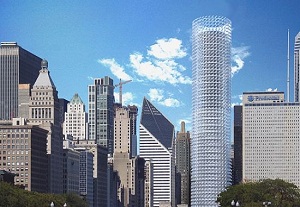 When the Illinois legislature voted earlier this week to override Governor Pat Quinn’s veto of Senate Bill 1652, it paved the way for greater solar energy development in the state.

“This is not spectacular legislation,” said Mark Burger, president of the Illinois Solar Energy Association. “But it is an improvement in the policy environment that is certainly going to signify that solar companies ought to get serious about Illinois.”

There are three major policy improvements included in the bill and its trailer that haven’t been fully approved yet because of issues with the legislation being part of a veto override, Burger said. But those three improvements include in increase in the size of solar projects eligible for incentives from 40 kilowatts to 2 megawatts, which will greatly benefit larger commercial projects.

“The idea behind that is that without the size delineation, the only things that would be built are the big solar farms,” Burger said.

The other element is an increase in the goal for the percentage of energy coming from solar from 1 percent to 5 percent.

“That’s largely symbolic at this point since right now we only have one tenth of 1 percent of energy coming from solar,” Burger said.

One benefit to the new legislation is that it’s completely policy-based and there are no financial solar incentives that could be taken away.

Illinois still has a lot of work to do, Burger said. But the Senate Bill 1652 and its trailing legislation will make a dent.

Utility-scale solar power generation is now substantially more efficient in terms of the amount of land it uses for electricity generation than a decade ago. END_OF_DOCUMENT_TOKEN_TO_BE_REPLACED

END_OF_DOCUMENT_TOKEN_TO_BE_REPLACED

END_OF_DOCUMENT_TOKEN_TO_BE_REPLACED
Calculate How Much You Can Save By Going Solar!
Use The Web's Best Solar Calculator!