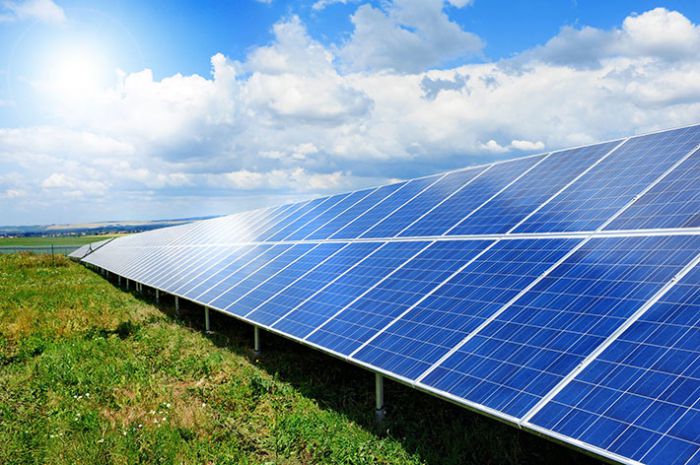 Georgia’s solar story was rather meek until recently when the Georgia Public Service Commission decided to expand the amount solar and distributed solar in Georgia Power’s energy portfolio. Case in point, last month, Hannah Solar began laying the foundation for the first solar farm in Southwest Georgia, a 1 megawatt array on farmland. Now the company is installing the racking for the PV array and soon the modules will arrive.

The new solar farm is being installed on a five-acre plot in Bainbridge that Hannah purchased from local landowners. “Southwest Georgia has one of the best solar resources in the United States,” said Pete Marte, CEO of Hannah Solar. “Not only are we able to produce clean energy for the foreseeable future, this array will save over 70 million gallons of water over its lifetime.”

The company said it has completed projects for farmers in the Bainbridge area, including Dollar Farm Products, Brinson Farms, PGC Farms and members of the American Peanut Growers Group.

“Farmers in the Bainbridge area understand that solar farming is just another way of harvesting the sun,” said Greg Kelly, Hannah Solar vice president. But this is likely the company’s first solar farm for Georgia Power under its Advanced Solar Initiative program.

The project will be owned by Washington Gas Energy Systems and Hannah Solar will provide operations and maintenance for the array over the period of the contract. The solar farm is under a 20 year power-purchase agreement with Georgia Power’s Advanced Solar Initiative. The company said it will build several megawatts of PV for the Georgia Power program this year.

Standing at a mere 9 feet high, the array was designed to be unobtrusive, according to Marte.

“If you’re driving by you may not notice the solar array because it is silent, not much taller than an August cornstalk, and blue as the sky,” Marte added. “Solar panels will produce clean, emission free energy for over 40 years and are 100 percent recyclable at end of life.”

Georgia Power launched the Advanced Solar Initiative this past March, increasing the amount of solar in its portfolio. In July, however, Georgia’s Public Service Commission voted to expand Georgia Power’s solar efforts by requiring the utility to install a total of 525 megawatts of solar over the next 20 years. A number of companies are already getting their projects underway through the initiative. The commission also requires that 125 megawatts of the newly installed solar power would come from distributed sources, like rooftops or even Hannah’s new solar farm.

After decades of research, the solar industry has finally started to develope the underlying technology behind “transparent” solar panels. END_OF_DOCUMENT_TOKEN_TO_BE_REPLACED

Sustainable energy sources are rapidly soaring in popularity in different parts of the world. The world's dependence on renewable power sources will significantly increase in the foreseeable future. END_OF_DOCUMENT_TOKEN_TO_BE_REPLACED

Being able to charge your EV with a solar panel roof while you are driving is no longer a fancy dream. END_OF_DOCUMENT_TOKEN_TO_BE_REPLACED
Calculate How Much You Can Save By Going Solar!
Use The Web's Best Solar Calculator!