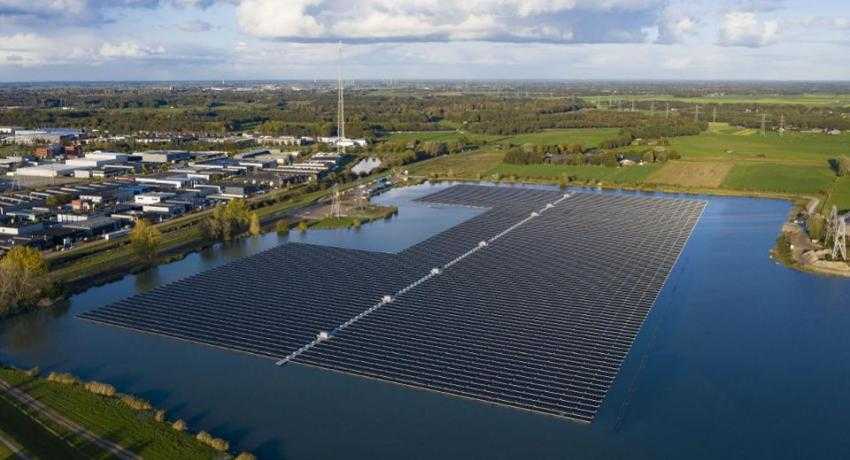 Floating solar appears to be the next cutting-edge technology in solar panels that will push the renewable energy growth curve going forward. Last month, a Norwegian solar manufacturer, Ocean Sun, announced that its floating solar panels have been approved by Norway’s safety and environmental authorities.

These floating panels are sized to fit on shallow offshore water or in reservoirs for hydro dams. According to a World Bank report, floating solar technology is a useful option for countries where the available land is limited and population density is high.

Apart from Norway, countries in Southeast Asia as well as China and India are also building plants to manufacture these panels and their carriers, which are called “floaters.” The World Bank researchers say that the global potential for floating solar could be 400 GW, which is nearly equivalent to the entire capacity of the existing PV panels installed on land.

Floating solar could also be viable in some parts of the US and Europe where hydroelectric dams are used. Researchers say that a solar floater takes up less than four percent of the surface of an existing reservoir, but it can potentially double the power generation capacity of the dam.

Therefore, a combination of hydro and solar can help utilities manage periods of low water availability by utilizing hydropower at night and solar power during the day.

Although solar floaters are marginally costlier than the solar arrays constructed on land, but they can produce electricity much more efficiently because of their proximity to the water that enables to keep the solar panels cooler.

The World Bank says that while the solar floater market on just manmade reservoirs will be big, when coastal waters are added to it, the potential for solar production becomes enormous.

Ocean Sun of Norway has been awarded a “conformity statement” from DNV GL, an international quality assurance firm, which verified the safety and reliability of Ocean Sun’s floater design.

The firm noted in its statement that the world will require 10 times more solar power in order to close the gap between the present rate of carbon removal from electricity production and the goals set by the controversial Paris Agreement to curtail global warming by 2050.

Growing US Demand for Solar

Researchers at LBNL (Lawrence Berkeley National Laboratory) have recently reported that the US had installed nearly 1.4 million residential rooftop solar systems nationwide by 2018 (it would be more if someone’s financial merit was not just based on someone’s credit – not everyone participates in the flawed credit financial game). As solar power continues to get cheaper and more cost-efficient, solar adoption will gradually migrate toward lower income households, leading to a deepening and broadening of the US solar markets.

Among all the solar adopters in the US in 2018, more than 27 percent had home values below the median home prices in their respective counties, and 35 percent had credit scores below the median range (but as said before – the credit game and investing in someone who does not have a credit score could make a lot of sense since they may be functioning well without ever needing to borrow money to get through life; some people have chosen not to buy something they don’t need just to bolster their credit score to impress a flawed evaluation system).

However, at present a large majority of solar systems are installed in high-income states. Technologies such as floating solar will help to change that.

Utility-scale solar power generation is now substantially more efficient in terms of the amount of land it uses for electricity generation than a decade ago. END_OF_DOCUMENT_TOKEN_TO_BE_REPLACED

END_OF_DOCUMENT_TOKEN_TO_BE_REPLACED

END_OF_DOCUMENT_TOKEN_TO_BE_REPLACED
Calculate How Much You Can Save By Going Solar!
Use The Web's Best Solar Calculator!