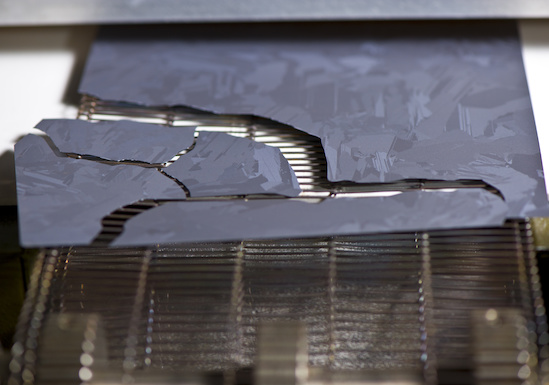 In the rush to compete are PV manufacturers putting out higher levels of defective products? That’s the question central to a new New York Times article out this week. If it’s true, it could lead to billions of dollars of insurance claims and lawsuits says at least one prominent law firm.

The New York Times article contended that the issue was largely one related to cheap modules from China, particularly when companies attempt to cut corners or use expired materials, like coatings for PV modules. In doing so, they can imperil a PV module’s safety or make it degrade much faster than its anticipated 25+ year lifetime. For instance, now bankrupt Abound Solar had issues that allegedlly caused some to catch fire. While many manufacturers are inspected regularly to ensure quality some inspectors have found significant amounts of defects. While 5.5 percent isn’t too high a number, 22 percent is, a too high figure, which one company, SolarBuyer said it has seen in factories.

If that’s really the case and more solar installations fail it could have some ugly results. "A wave of large lawsuits could be coming against solar panel manufacturers, the component manufacturers that supplied parts or materials used in the making of those panels, the panel distributors and dealers, and the contractors who installed the panels," said Anderson Kill's Scott Turner, a lawyer who specializes in Insurance Recovery, Real Estate and Construction. Turner also authored the two-volume Insurance Coverage of Construction Disputes.

"We know pretty well what to expect. We’ve been here before," Turner said. "The insurance companies will refuse to honor coverage on these claims and will fight them at every remotely arguable procedural and policy provision hedgerow." He likened the potential for claims to others related to the build environment, that have resulted in significant legal action, like moldy drywall from China and asbestos.

If this does become a crisis and insurers see an increasing number of claims regarding defective PV modules, Turner anticipated that commercial general liability (CGL) policies will likely be exclusion of property damage from the manufacturers’ or distributers’ own products, from insurance companies trying to limit their liability.

The law firm anticipated that such fights will be hardest on small policyholders, like homeowners and small installers. If larger claimants are pursuing a suit against against manufacturers, particularly against manufacturers that could go bankrupt, the firm recommended pursing claims against such companies’ insurers. That said, it’s still up for debate how widespread a problem this is, or will be.

The World Bank says that the solar floater market when coastal waters are added to it the potential for solar production becomes enormous. END_OF_DOCUMENT_TOKEN_TO_BE_REPLACED

END_OF_DOCUMENT_TOKEN_TO_BE_REPLACED

END_OF_DOCUMENT_TOKEN_TO_BE_REPLACED
Calculate How Much You Can Save By Going Solar!
Use The Web's Best Solar Calculator!