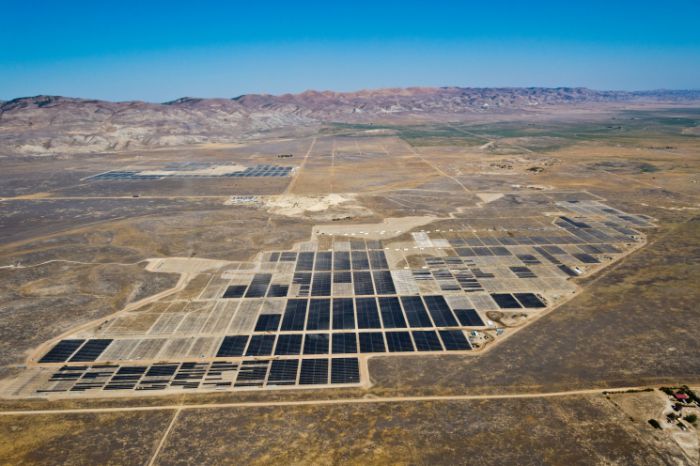 The California Valley Solar Ranch (CVSR) reached full commercial operation last week. The 250 megawatt facility owned by NRG Energy and its subsidiary NRG Yield is amongst the world’s largest solar power plants and certainly one of the most innovative.

The facility is selling the power produced to Pacific Gas & Electric under two long-term power purchase agreements. "CVSR is now delivering 250 megawatts of cost-competitive solar power in San Luis Obispo County," said Howard Wenger, SunPower's Regional President. Wenger thanked the county, the contractors and NRG for the work involved in the making the project reach fruition. ”SunPower is very proud to have developed and built this project, which combines our world-leading solar technology with eco-design principals to responsibly maximize energy delivery over the life of the system.”

"Beyond offsetting carbon emissions and offering clean energy from one of the world's largest solar facilities, this project's design takes a leap forward by integrating the surrounding environment in a sustainable manner," addedRandy Hickok, Senior Vice President of NRG Solar. "In addition to its nine solar photovoltaic arrays, CVSR includes a water recycling plant that minimizes annual water use and a plan for protecting and conserving more than 12,000 acres of land in and around the facility."

The CVSR project used SunPower’s Oasis Power Plant product, which consists of modular power blocks (PV modules, wiring, harnessing, racking, and inverters). This allowed the company to complete the giant facility in just over two years, from breaking ground to reaching project completion in just two over two years. In fact, the first 22 megawatt Oasis installation came online in October 2012—a little over a year ago. Now the entire project is complete, almost two months ahead of schedule. Over the next two years, SunPower will operate and maintain the project with NRG.  NRG will assume O&M responsibility from that point forward.

The project was supported by a federal loan guarantee that the Department of Energy awarded after NRG acquired it from SunPower in September 2011. The $1.2 billion loan guarantee made it easier for NRG to access capital to finance the project’s construction. Now NRG Yield has a 48.95 percent stake in the project. During construction, it created 700 jobs and generated an estimated $315 million of economic development for the local economy, according to a release from SunPower.

In addition to reducing land and water use on the site, the companies reseeded the land to encourage plants to grow around the arrays and preserve wildlife migration pathways. They also cleaned and restored an abandoned gypsum mine on the site.

Utility-scale solar power generation is now substantially more efficient in terms of the amount of land it uses for electricity generation than a decade ago. END_OF_DOCUMENT_TOKEN_TO_BE_REPLACED

END_OF_DOCUMENT_TOKEN_TO_BE_REPLACED

END_OF_DOCUMENT_TOKEN_TO_BE_REPLACED
Calculate How Much You Can Save By Going Solar!
Use The Web's Best Solar Calculator!