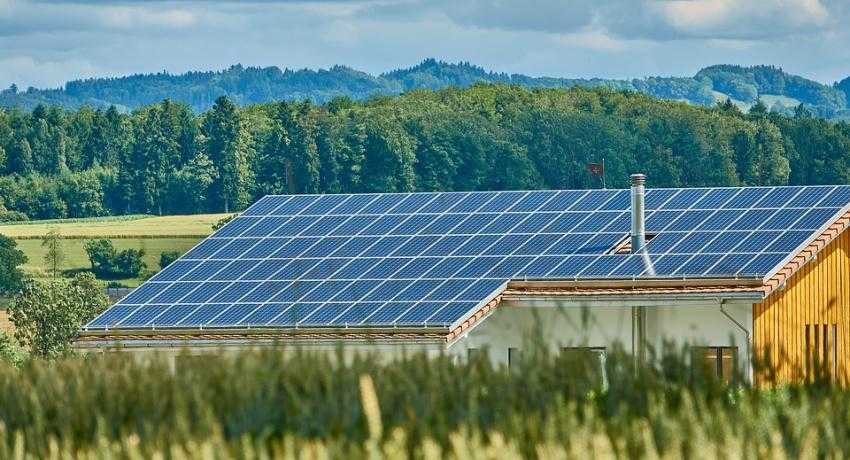 California’s new rules requiring solar panels on almost all new homes will likely benefit solar installation and manufacturing companies, but may have a nuanced effect on energy markets more broadly.

California’s rules will go into effect in 2020 and will apply to residential buildings up to three stories high, including single-family homes and condos. With an average of 80,000 new homes constructed in California each year, some experts are estimating a 44 percent increase in rooftop solar. In total, as many as 65,000 new solar systems could be sold in California each year, boosting overall solar demand by as much as 15 percent, according to the California Energy Commission.

The prospect of increased access to the country’s largest solar market pushed solar stocks up following approval of the new rules. Some of the largest panel manufacturing and installation companies, including SunPower, SunRun, and First Solar, reported market gains of 5 to 15 percent. MarketWatch also reported positive results for clean energy portfolios such as the Guggenhiem Solar ETF.

However, market signals and stock prices are likely to vacillate over the next two years. Until the rules are firmly in place, analysts can only speculate about how California’s move will affect the energy markets and its top players.

Zacks Investment Research notes that panel manufacturing companies such as Sunpower, which produces high-end panels, may see negative impacts if home builders decide to use less expensive or imported panels in order to comply with the rules. This could be especially common in mid-market houses where margins are lower. Additionally, when U.S. tariffs on imported solar panels sunset in 2022, foreign imports could drive the price of solar panels down.

On the other hand, installation companies, such as SunRun, could see adverse effects if homebuilders decide to contract panel installations in-house or work directly with manufacturers.

San Diego Gas and Electric echoed these predictions, citing concerns that utilities may not generate enough revenue to operate the electric grid if enough users transition to solar.

California’s rules will also impact the state’s housing market. The California Energy Commission estimates that the new requirements will increase monthly payments by an average of $40 on a residential 30-year mortgage, but save consumers $80 on monthly heating, cooling, and lighting bills.

Proponents of the rules contend that the monthly energy savings will help low-income families who often spend a disproportionate amount on monthly utilities. However, with the median cost of a newly constructed home in California around $570,250, critics say the rules will exacerbate an already expensive housing market and add between $8,000 and $12,000 to the purchase price.

Solar company stocks continued to fluctuate and drop since the May 9 vote, serving as a reminder that the long-term impacts of California’s new rules on energy markets remain uncertain.

While expanded market access could signal a bright future for solar companies, Zacks Investment Research writes, “despite the fact that traders love to buy and sell stocks based on provocative news items, the effects of the new California rules are extremely difficult to predict, but it's not likely to hurt the homebuilders or help U.S. solar manufacturers nearly as much as recent moves would suggest.”

Now what about the rest of the country? Yes Cali is now the 5th biggest economy in the country but getting a NY or NJ on board of this could have a snowball effect. Spend $40 and save $80 might not be what you see on the East Coast but even a 40/40 is pretty good.

In reply to Other States? by donmilne

Hawaii has required solar hot water for some time now. Would make sense for them to just extend to PV as well.

I am amod from loomsolar India, we believe that solar is future for entire world if we use it properly.

Approval is expected soon on Gemini, a huge 7,000+ acre solar farm served by Warren Buffet’s NV Energy, thus making it the largest solar farm in all of America. END_OF_DOCUMENT_TOKEN_TO_BE_REPLACED

END_OF_DOCUMENT_TOKEN_TO_BE_REPLACED

END_OF_DOCUMENT_TOKEN_TO_BE_REPLACED
Calculate How Much You Can Save By Going Solar!
Use The Web's Best Solar Calculator!