Bigger Wind Turbines Are On The Horizon 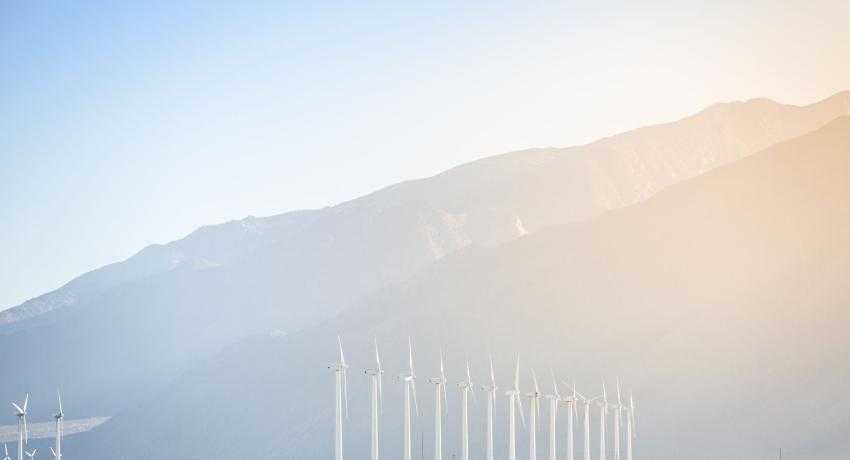 Wind turbines to harness wind energy is one of the more effective methods of using a renewable energy source. Despite climate change and the accompanying impact on the planet which is unknown and unpredictable, wind energy remains available and can be depended on for power.

Large wind turbines supply the majority of wind power. They are usually designed for use in generating power plants and wind farms to supply wholesale bulk electric power. They have a capacity of at least 660kW or higher.

The smaller wind turbines have also garnered a healthy market share because they are useful in charging the batteries for the necessary auxiliary power on boats or caravans. They can be used in remote areas that are off the power grid, supplying power to residences, schools, and telecom towers. While the initial installation cost can be high, it will pay off in the long term because wind energy is virtually free.

Wind turbines can rotate on vertical or horizontal axes. The horizontal one is older and is more common and can either be bladeless or with blades. The vertical designs do not produce as much power as the horizontal ones.

Windmills have been around for centuries and have only become bigger and better with advancing technology. Global Wind Energy Council records that the wind energy sector has installed 93 gigawatts as recently as 2020 and is indicative of a jump of over 50% each year.

The wind power energy sector has been growing exponentially and so are the wind turbines. WindEurope, for instance, has installed an offshore turbine in 2020, with an average capacity of 8.2 MW. This is an increase of 5% from 2019.

In 2018, GE Renewable Energy developed the largest and tallest turbine with a tip height of 260 meters with 107 meters in length and a 220-meter rotor. Other manufacturers such as Vestas and SGRE (Siemens Gamesa Renewable Energy) have similar designs for large-scale turbines.

With the advancement of technology, competition among original equipment manufacturers is becoming fierce. With an increased height and longer blades, these turbines can naturally harness greater wind power, thereby produce more electricity. This is especially helpful in those areas that have low winds. According to experts, the size of the rotor is as important as the height and length of the turbine as the diameter of the rotor is directly connected with the rest of the turbine.

Therefore, the larger the components of a wind turbine, the greater will be the wind power. However, it has its downside, too.

The downside of developing larger wind turbines is that the components cannot be transported to the location of the installation. They are simply too large and will not fit under the overpasses or bridges on the highway. The blades can neither be folded nor bent. Moving them to the selected site can be a logistical nightmare, financially as well because the transportation costs can be prohibitive.

We cannot discount the importance of moving to renewable sources of energy and away from fossil-fueled resources; not if we understand the value of safeguarding the environment for future generations. Naturally, original equipment manufacturers are working on building bigger wind turbines and finding solutions to overcome logistical concerns in order to draw from wind energy.

Utility-scale solar power generation is now substantially more efficient in terms of the amount of land it uses for electricity generation than a decade ago. END_OF_DOCUMENT_TOKEN_TO_BE_REPLACED

END_OF_DOCUMENT_TOKEN_TO_BE_REPLACED

END_OF_DOCUMENT_TOKEN_TO_BE_REPLACED
Calculate How Much You Can Save By Going Solar!
Use The Web's Best Solar Calculator!