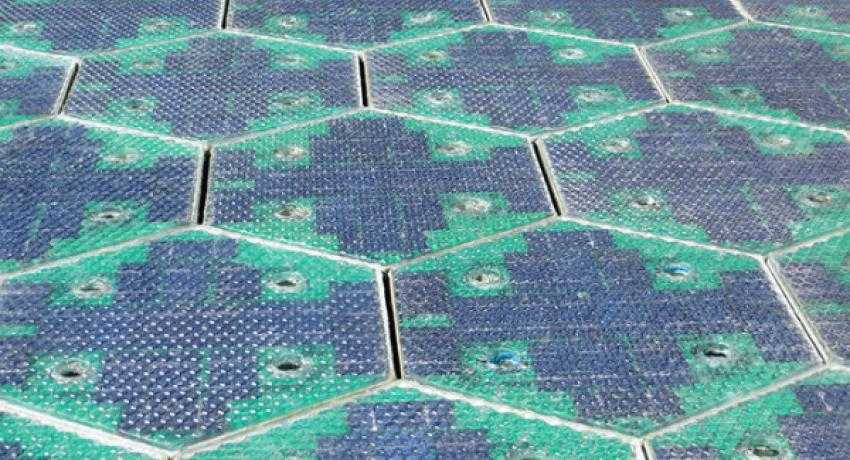 Everywhere you look, there’s a different solar power project going on, and one of the most interesting are solar roads. From American startups to French prototypes and beyond, solar roads have gone through their trials and tribulations. Where’s the technology at? Will we be seeing them in the near future? Let’s get into the details about their place in the world, and if they’re really worth it.

It’s a slow-moving process on the homefront. Attempted solutions, such as Solar Roadways’ Route 66 experiment, aren’t offering enough benefits to justify paving the entire United States in solar road tiles. These roads offer other features, but all are irrelevant to the main point: These roads are not practical.

There’s safety concerns along with high cost issues. So far, solar roads aren’t a viable solution in the United States. They’re not the only country to give it a fair shot, though. China, France, and the Netherlands have been undergoing their own projects.

The Shandong Project in China

In the quest to find more uses for solar panels, China opened a one kilometer-long solar road. The future of solar roads doesn’t look too good: China’s data suggests that it’s not a viable plan to bring in large annual numbers of generated electricity.

At over $450 USD equivalent per square foot, it’s not a reasonable investment by any business standpoint: They don’t generate enough electricity to be worth it. While solar energy could power an entire country, it’s a long way from being implemented on a large scale road project. Solar power continues to drop in price around the globe, but so far, there’s not a lot of headway with low-cost solar road panels (Learn more about Solar Panel Costs at PowerScout.com).

Dubbed by ARS Technica as the “World’s first solar road,” France took the plunge in 2014. It was strategically placed in the village of Tourouvre au Perche in Normandy, in a “Not-so-sunny village.” The initial goal was to divert all solar power from the road to the village’s street lights as a sort of “baptism by fire” of solar roads.

The verdict ends up sounding like a broken record: solar roads are currently far too expensive to implement. If nothing else, based on the environmental impact associated with producing solar panels and solar technology, solar roads aren’t as practical as they sound, but that doesn’t mean they’re done for.

As a slightly different approach, designed for cyclists instead of automobiles, the Dutch created a solar pathway. Results proved to be far more favorable for their efforts (in terms of durability), after the top layer of the road came off in its first year, forcing them to replace it with a more durable material. Despite the issue with laboratory-tested road panels, it gave them insight.

Still, the numbers don’t add up. The money spent on SolaRoad, the Netherland’s bicycle path in question, could have purchased 520,000 kilowatts of electricity. Instead, it generated a meager 3,000 kilowatts in its first year. Durable, yes. Sustainable? Not quite.

Will We See Solar Roads Expanding?

In short, it’s unlikely that we’ll see these projects popping up everywhere. Many countries have implemented their own attempts at solar panel roadways, and none have found a return on investment to date.

Apart from the costs, there are safety concerns (since you’re riding on textured glass). Eric Weaver from the Department of Transportation (DoT) in the US states, “We can’t say that it would be safe for roadway vehicular traffic.”

Solar roads are designed to melt snow, power street lights, and in the case of the popular “Solar Freakin’ Roadways,” even eliminate the need to paint asphalt with white and yellow lines, using LED lights in their place. While the features seem great, it’s a wildly bad investment across the board.

As of right now (2018), solar roads are still years behind where they need to be. We won’t be seeing them in densely-populated areas anytime soon; not unless the production cost plummets.

Utility-scale solar power generation is now substantially more efficient in terms of the amount of land it uses for electricity generation than a decade ago. END_OF_DOCUMENT_TOKEN_TO_BE_REPLACED

END_OF_DOCUMENT_TOKEN_TO_BE_REPLACED

END_OF_DOCUMENT_TOKEN_TO_BE_REPLACED
Calculate How Much You Can Save By Going Solar!
Use The Web's Best Solar Calculator!