How Do Solar Panels Hold Up in a Hurricane? 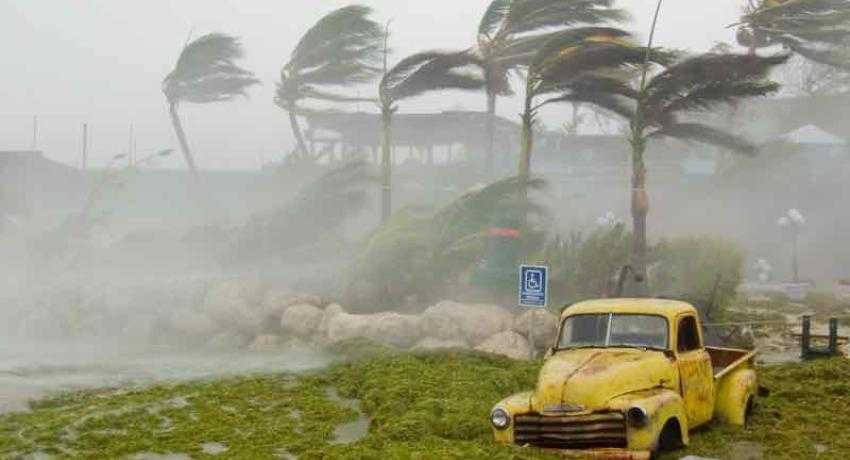 Is worry about the durability of solar panels during extreme weather kept you from investing in a solar energy system? We’re here to tell you that you have a lot less to worry about than you think.

Solar panels undergo plenty of testing as they are designed and developed and, after the past few years, we have had the opportunity to gather data about the ability of solar panels to withstand hurricanes.

Through experiences with Superstorm Sandy to Hurricane Irma, we have seen that solar panels are a rugged and practical system that can generate electricity for your home, for a city, or for a business when the electrical grid is off-line.

Second to flooding, most of the damage caused by hurricanes is due to the high winds that accompany the storm. Additionally, the wind doesn’t have the courtesy to blow from just one direction; as the eye of the hurricane passes, the winds switch direction.

The wind can cause damage in distinct ways. For example, a large number of solar panel installations are on roofs; the panels stand slightly above the roof’s surface, creating an issue with uplift. Uplift is a force caused by wind blowing between the roof and the panels.

Vendors ensure systems are designed to withstand uplift forces by fastening panels to the roof beams with large lag bolts. As long as the roof itself was properly built and maintained, there is little chance of solar panels tearing the roof off your house due to uplift or other wind forces.

Testing by solar manufacturers includes a certification that the panels can withstand winds of up to 140 miles-per-hour, the equivalent of a Category 4 hurricane, which has average winds speeds of 130 to 156 mph. In real-world performance, there are reports that nearly all solar panels that were in areas hit by Superstorm Sandy (2012), Hurricane Michael (2016), and Hurricane Irma (2017), survived the high winds with few individual panels damaged beyond functioning. Any other losses were due to the destruction of an entire roof or structure.

In cases where the homeowner had an individual inverter, power to the home was restored as soon as the owner plugged into the inverter. At least one municipality used solar-powered traffic lights to control major thoroughfares until power to the city could be restored.

Certain states and municipalities have put standards into place for solar installations. Most Florida cities require them to withstand winds of at least 160 mph. Houston, TX requires solar panels to withstand 110 mph winds.

The Office of Energy Efficiency and Renewable Energy drives the SunShot Initiative, which works to reduce the cost of solar energy to everyone in the US. The Office also supports work to improve solar panel durability. SunShot funds the National Renewable Energy Laboratory (NREL) participate in the International PV Quality Assurance Task Force (PVQAT) to develop design standards.

As you can see, even without the implementation of standards, most solar vendors strive to develop panel systems that withstand much higher winds and other damage than the standards in Florida and Texas. The PVQAT focuses on developing solar energy technology standards and establishing a rating system for photovoltaic (solar panel) modules based on the climate and application, guidelines for factory inspection and quality assurance, and PV system certification.

The Durable Module Materials Consortium (DuraMAT) is a group of national research labs and universities working to improve solar energy system materials and designs. This group is part of the Energy Materials Network, a Department of Energy program working to reduce time-to-market for clean energy materials.

So don’t let worries about hurricane-force winds keep you from taking advantage of reliable and sustainable solar energy. Solar panels have passed not only factory testing but survived in some of the worst storms the US has seen in the past five years. If solar energy systems survived the latest extreme weather in functional order, there is little for you to worry about in your neck of the woods.

About the Author: Massy Almubidin is a solar expert and owner at IntegrateSun, providing solar panels to Houston-area homes and businesses.

Utility-scale solar power generation is now substantially more efficient in terms of the amount of land it uses for electricity generation than a decade ago. END_OF_DOCUMENT_TOKEN_TO_BE_REPLACED

END_OF_DOCUMENT_TOKEN_TO_BE_REPLACED

END_OF_DOCUMENT_TOKEN_TO_BE_REPLACED
Calculate How Much You Can Save By Going Solar!
Use The Web's Best Solar Calculator!