The Future Of Solar Technology: Unique And Customizable Solutions 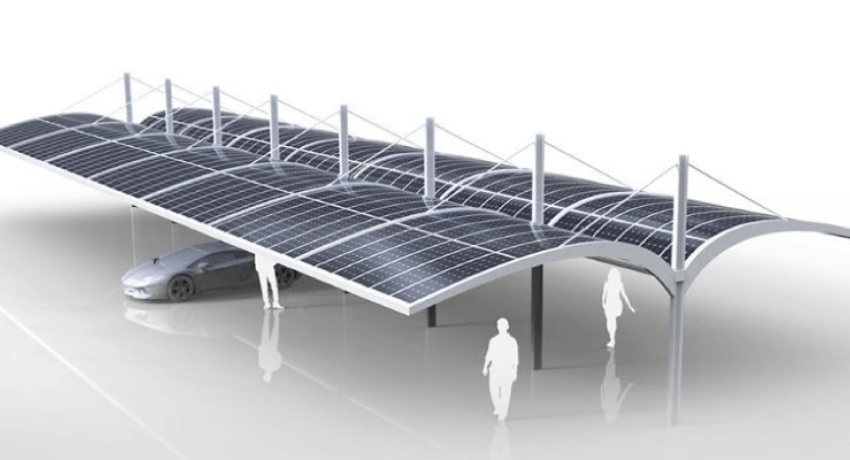 In today’s environmentally conscious world, finding smart solutions to save the planet’s resources is high on the agenda. Damage to our environment is pressing issue, and more and more people are making changes to reduce their carbon footprint.

In light of the growing seriousness of climate change, and motivated by the uncertainty of the future, positive steps are being taken around the world. For example, the ban on avoidable plastic waste (thus the ban on plastic straws and other single-use plastics) is imminent in many countries, with the ban in the UK set to be introduced as early as next year.

What’s more, scientists have revolutionized the energy industry by advancing solar technology. Solar panels are now flexible, lightweight and can be custom built to fit any surface - whatever the size or shape. Ultimately, this means that more people will be able to benefit from solar technology, thus, the future of renewable energy looks promising.

Here is a breakdown on what exactly these new and improved solar panels look like, what their breakthrough features are, and how they promise a brighter future.

How do solar panels work?

Solar panel technology is genius, yet so simple. In short, the photovoltaic cells (PV cells) in solar panels collect sunlight and convert it into electricity. The benefits of getting solar panels installed on your home or property are a plenty:

However, there are some disadvantages of solar technology: in order to be effective, solar panels require to be exposed to sunlight in abundance, and therefore aren’t always considered necessary in cooler climates. Of course, solar panels can collect small amounts of sunlight even on cloudy and rainy days, and are still effective at reducing waste and preserving the planet’s resources, but they don’t perform to their utmost. However, if you live in a mostly sunny climate (i.e. Australia), you can be sure that solar panels will be greatly beneficial.

Another disadvantage of solar panels concerns the fact that they are expensive to install and aren’t available to everyone due to their large and rigid structure. However, this is no longer the case. New and improved solar panels are lightweight, flexible, versatile and can be installed onto all types of surfaces.

In a move that will slow down climate change tremendously, scientists have developed breakthrough solar technology in the form of perovskite solar cells (PSC). Unlike the conventional silicon-based solar cells, these eArche solar panels are made from a perovskite-structured compound which is “printed” using industrial printing technology.

The reason that these solar panels are so special and unique is because they are lightweight, ultra-thin and flexible, meaning they can be customized, cut and moulded to fit all manner of surfaces, including curved surfaces.

What’s more, perovskite cells are cheaper to produce than conventional solar panels, because the manufacturing process requires less energy. This alone is a great step towards preserving the planet’s resources, and contributes to the overall aim of solar technology - to reduce energy waste.

The features and benefits of multi-shaped solar panels

eArche solar panels are here to change the future. Here are a few of their benefits:

Because eArche solar panels are ultra-thin and flexible, they can be bent and moulded to any surface. Therefore, they can be custom built to fit surfaces big and small, straight and curved.

For example, they can be fitted to motorhomes, boats and trains, instead of just large commercial buildings. This is a massive breakthrough, as now more people can benefit from them.

Because they are lightweight and ultra-thin, they are cheaper to manufacture than standard solar panels, and also cheaper/easier to install and maintain.

As well as being more accessible and cheaper, eArche solar panels are as effective as converting sunlight into energy as conventional solar panels are. In fact, that they allow more people to benefit from solar technology means that they are actually more effective.

Climate change may paint a stark future, but with moves in the right direction - such as the invention of perovskite solar technology - we can preserve the planet’s precious resources and undo some of the damage.

Utility-scale solar power generation is now substantially more efficient in terms of the amount of land it uses for electricity generation than a decade ago. END_OF_DOCUMENT_TOKEN_TO_BE_REPLACED

END_OF_DOCUMENT_TOKEN_TO_BE_REPLACED

END_OF_DOCUMENT_TOKEN_TO_BE_REPLACED
Calculate How Much You Can Save By Going Solar!
Use The Web's Best Solar Calculator!