Understanding Distributed Generation and the Role of Photovoltaics 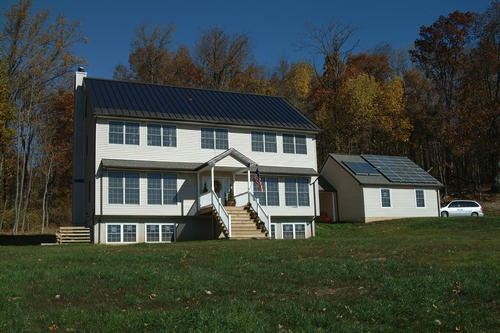 As the photovoltaics industry grows, one of the most important ways to offer incentives to residential and commercial building owners for installing photovoltaics is by creating policies that require utilities to buy a certain amount of electricity from these independent entities. Such small-scale distributed generation (DG) also helps create local jobs installing solar, wind, geothermal, microhydro and other forms of renewable energy where they’re needed, instead of just in one centralized area, as is done with large-scale power plants.

However, according to the institute, “in the 1990s, the technological dynamic was reversed.” During that period, smaller power plants located where customers use electricity became more competitive. At the same time, many local governments and the U.S. Congress have been “rewriting the rules that govern our electricity system,” according to the Institute. It added that the new and changing rules, “will encourage electricity customers to also become electricity producers.”

Distributed generation also bookends nicely with net-metering laws that many states have passed. Net metering requires utilities to pay for power generated by homes or buildings. While net metering laws assure that small, independent electricity producers are paid a fair, state-established price for energy they supply to the grid, small-scale distributed generation laws make sure that utilities will make that purchase the power generated by a buildings’ photovoltaic panels or other renewable power in the first place.

Net-metering laws often mean that utilities have to pay these small-scale distributed generation sites more than they do to wholesale electric producers. In many cases, utilities pay the small power producer at the same rate that the average consumer buys electricity from the utility. And since the owner of the structure is no longer a customer or his need for electricity is reduced, it might seem like a huge loss for the utility to purchase any power generated by small-scale producers.

The benefits of small-scale distributed generation, however, make up for the losses experienced by utilities in other ways. For instance, since distributed generation produces electricity where it’s needed; it helps to reduce the electric load on transmission lines and helps reduce the need for costly new transmission lines associated with new power plants, and solar or wind farms far from towns and cities.

Pace Law School’s Energy and Climate Center issued a recent report, Capturing the Value of Distributed Generation for More Effective Policymaking, explaining how, despite shortfalls, small-scale distributed generation is actually worthwhile and not as costly as previously thought. “In particular, because PV [i.e. photovoltaics] has the effect of reducing demand at opportune times, it helps avoid the cost of running more expensive plants during peak loads,” according to the report.

Distributed generation does this in a number of ways. The report observed that “DG can reduce or eliminate the need for new transmission and distribution capacity upgrades and new generation. DG facilities that correlate to peak periods of demand help to improve the reliability of the grid by freeing up generation capacity and easing bottlenecks, line congestion and harmonic disruptions.” The report added that case studies of small-scale distributed generation have proven, particularly where “optimization analyses are undertaken,” that such results are achievable.

Small-scale distributed generation also helps reduce costs for utilities during peak production hours, i.e. daytime hours, particularly in the summer. This is particularly relevant for photovoltaic and other solar-powered systems, which are most productive during peak consumption hours. By relying on these small-scale electric providers to offset peak power needs, utilities don’t have to rely “on expensive peak generating plants and central power generation at times of day when fuel costs are highest, magnifying the benefits of net metered solar installations,” the Pace report explained.

Ultimately, the Pace report recommended that “Policymakers should strive to maximize the benefits (including societal benefits) for all stakeholders. Policies could be implemented, for example, that would require DG assessments before authorizing a utility to receive funding for major T&D upgrades. When regulators choose between approving significant rate hikes to pay for upgrades, or adopting customer-owned generation programs that reduce load and congestion, they will likely find the latter more palatable.”

Utility-scale solar power generation is now substantially more efficient in terms of the amount of land it uses for electricity generation than a decade ago. END_OF_DOCUMENT_TOKEN_TO_BE_REPLACED

END_OF_DOCUMENT_TOKEN_TO_BE_REPLACED

END_OF_DOCUMENT_TOKEN_TO_BE_REPLACED
Calculate How Much You Can Save By Going Solar!
Use The Web's Best Solar Calculator!