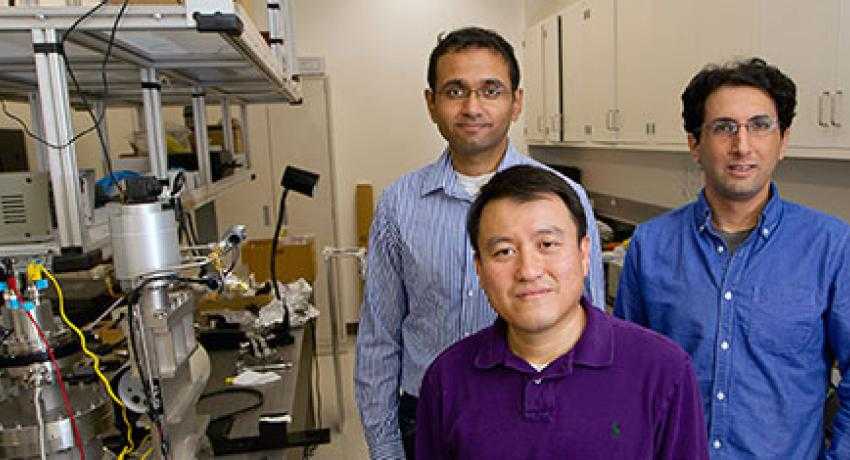 When people think of solar, they don't often think of its capacity to cool things. A team of researchers from Stanford are using it to just that, however. They've designed a type of device that reflects sunlight's thermal heat back into space.

Using nano materials, the team of researchers at Stanford designed a cooling structure that both reflects as much sunlight as possible and radiates the thermal radiation back into space—yes space, not the atmosphere or anything else, but space. The structure the team led by Shanhui Fan, a Stanford professor of electrical engineering, fine-tuned the material to emit thermal energy that can pass through the atmosphere, avoiding the refractive greenhouse effect. The team published their research recently in the journal Nano Letters.

“People usually see space as a source of heat from the sun, but away from the sun outer space is really a cold, cold place,” explained Fan. “We’ve developed a new type of structure that reflects the vast majority of sunlight, while at the same time it sends heat into that coldness, which cools manmade structures even in the day time.”

As such the device can continue to help a building or whatever it's placed on cool, even while the sun's blazing. “No one had yet been able to surmount the challenges of daytime radiative cooling—of cooling when the sun is shining,” said Eden Rephaeli, a doctoral candidate in Fan’s lab and a co-first-author of the paper. “It’s a big hurdle.”

The team took a unique approach, using nanostructured photonic materials to create the structure. A lot of other attempts to do solar cooling requires a boiler and heat exchanger system. This device is passive.

"We combine the thermal emitter and solar reflector into one device, making it both higher performance and much more robust and practically relevant. In particular, we're very excited because this design makes viable both industrial-scale and off-grid applications," said Aaswath Raman, a doctoral candidate and co-first-author of the paper.

"The new device is capable of achieving a net cooling power in excess of 100 watts per square meter. By comparison, today’s standard 10-percent-efficient solar panels generate the about the same amount of power. That means Fan’s radiative cooling panels could theoretically be substituted on rooftops where existing solar panels feed electricity to air conditioning systems needed to cool the building," Stanford said. Since the device does radiative cooling, it works passively, meaning it doesn't require energy to work.

Utility-scale solar power generation is now substantially more efficient in terms of the amount of land it uses for electricity generation than a decade ago. END_OF_DOCUMENT_TOKEN_TO_BE_REPLACED

END_OF_DOCUMENT_TOKEN_TO_BE_REPLACED

END_OF_DOCUMENT_TOKEN_TO_BE_REPLACED
Calculate How Much You Can Save By Going Solar!
Use The Web's Best Solar Calculator!