New Jersey solar is booming, but is there room for more? 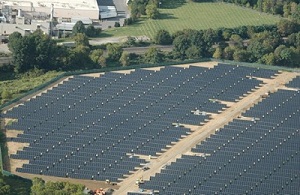 While the New Jersey Board of Public Utilities struggled to keep an accurate tally of projects in the pipeline, businesses with enterprising visions saw more than sugarplums dance in their heads. It was snowing dollars like never before.

“The internal rate of return on investing capital on a solar project in New Jersey was some of the highest in the country, and even the world,” said Jamie Hahn, managing partner of Solis Partners in Manasquan, N.J.

Now there’s a long market. Just how long is being debated by industry leaders. According to Hahn, solar is built out to energy year 14 (June 1, 2013).

“In essence, we’re so overbuilt in the state that we won’t have to develop much more solar for the next two years,” he said. “At the end of the day, we could be looking at some significant job loss.”

Hahn would like to see the energy distribution companies (EDCs) step up and agree on new utility financing programs.

“PSE&G was much more ahead of the curve. Originally they came out with a Solar Loan one program, then Solar Loan two and the Solar4All program. The other utilities were late to the game, and the BPU basically told them to get on board. That’s where the EDC SREC finance programs came from. It’s an auction where you bid in a project and specify a certain SREC value for a ten-year contract,” said Hahn.

When a company wins an award, banks view it favorably. This has a stabilizing affect on the state’s solar market.

But without the programs in place, it’s going to be extremely challenging to secure financing, especially for projects less than 500 kilowatts. Besides the new programs, Hahn would like to see segments: less than 150 kW and 150 kW to 500 kW.

According to Hahn, once a company considers a 1-MW system, they don’t need a 10-year contract win to secure a bank loan. It’s the under 500-kW projects that do.

“At 1 MW, you’re dealing with sophisticated financial instruments and investors that have the ability to structure forward strips and diversify their SRECs forward,” said Hahn.

In a given RPS year it is still unclear what will be required of the EDCs. The question lingers—Will PSE&G be able to go down their own path or will they have to assimilate to the other EDCs?

New Jersey has built out 500 MW so far, and there’s another fifty three hundred to go. The state needs some innovative financing tools to make it happen.

END_OF_DOCUMENT_TOKEN_TO_BE_REPLACED

What’s Happening in The World of Solar Powered Cars

END_OF_DOCUMENT_TOKEN_TO_BE_REPLACED

The US Department of Energy's (DOE) National Renewable Energy Laboratory (NREL) released the much-awaited Solar Automated Permit Processing Plus (SolarAPP+) which is an online solar permitting platform END_OF_DOCUMENT_TOKEN_TO_BE_REPLACED
Calculate How Much You Can Save By Going Solar!
Use The Web's Best Solar Calculator!