ITC rules that China engaged in anti-competitive pricing of PV exports to U.S. 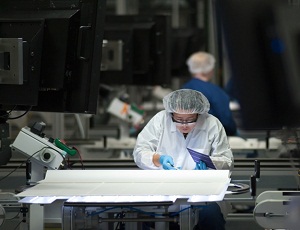 SolarWorld and CASM filed a petition with the ITC in October, alleging that China was engaging in anticompetitive practices by selling their silicon photovoltaics at artificially low prices and dumping product in the U.S. in an attempt to undercut U.S. solar manufacturers. The result of the trade practices already has cost 2,000 direct jobs and many more subcontractor jobs in the U.S., according to CASM.

“All six votes were affirmative that there has been harm done to the industry. And we are very pleased because this is a positive first step to restoring sustainable international competition to the world solar market,” he said.

“The [ITC] today determined that there is a reasonable indication that a U.S. industry is materially injured by reason of imports of crystalline silicon photovoltaic cells and modules from China that are allegedly subsidized and sold in the United States at less than fair value,” according to a commission press release.

As such the U.S. Commerce department will continue its antidumping and countervailing duty investigations on Chinese PV imports. The department could choose to levy preliminary fines or duties against the products as early as January 2012, which could be retroactive back to Oct. 14, 2011.

By manipulating prices of its silicon PV exports through generous incentives to Chinese-based companies, the Chinese government allowed its domestic manufacturers to sell PV at prices that were artificially low.

“The natural laws of supply and demand should set prices amid international competition and not the export policies of one country as in the case of China,” Santarris said.

The ITC’s actions were complemented by a letter signed by six senators and 53 representatives sent to President Barack Obama, urging him to endorse CASM’s petition against Chinese trade practices. In the letter, the group said it is critical for American businesses and workers to be able to fairly compete in this rapidly growing sector.

Still CASM and SolarWorld have their detractors in the U.S. Another group, the Coalition for Affordable Solar Energy (CASE), said that CASM’s petition could hurt U.S. solar developers and manufacturers. Santarris dismissed the allegations.

“Obviously what we’ve seen in the last two years is that China’s practices are not only anticompetitive but very bad for U.S. jobs,” he said.

These 10 cities have been claimed by the researchers to have the largest solar investments in the US. END_OF_DOCUMENT_TOKEN_TO_BE_REPLACED

After decades of research, the solar industry has finally started to develope the underlying technology behind “transparent” solar panels. END_OF_DOCUMENT_TOKEN_TO_BE_REPLACED
Calculate How Much You Can Save By Going Solar!
Use The Web's Best Solar Calculator!