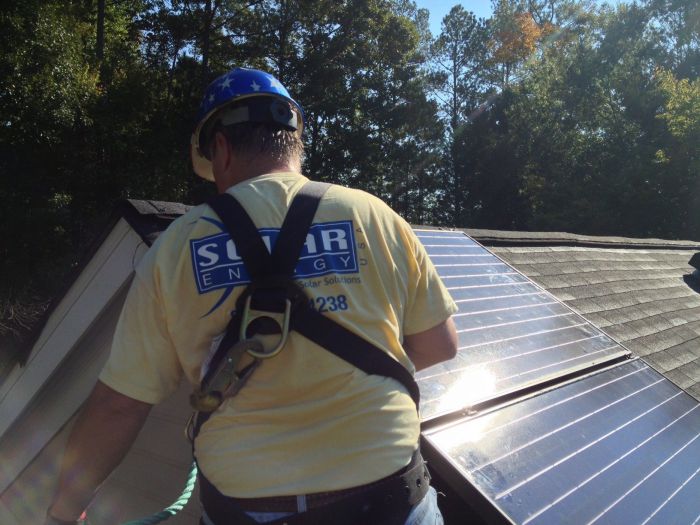 The Georgia Public Service Commission decision to add 525 megawatts of solar energy to the state’s electricity grid is good for the economy, environment and consumers, according to a statement today from the Georgia Solar Energy Association.

The commission voted Thursday to require Georgia Power to add 525 megawatts of solar, including 125 megawatts of smaller distributed generation projects, in its 20-year plan.

Commissioner Bubba McDonald proposed the additional solar energy be included in the utility company’s 20-year plan after seeing the tremendous success of the utility’s Georgia Power Advanced Solar Initiative approved in 2012. The program’s success suggested to the commission that there is pent-up demand in Georgia for greater investment in solar energy.

“The jobs and investment generated by the GPASI are strong indicators of the significant economic boost a greater commitment to increasing solar energy in Georgia will produce,” Mark Bell, chairman of the Georgia Solar Energy Association, said in a statement.

The growth opportunity for solar in Georgia is tremendous, Bell said.

Other states that have passed similar regulations requiring greater investment in solar, have seen major economic growth around the industry, he said. Falling solar panel prices have contributed to more robust solar investment throughout the country, where the industry grew 76 percent in 2012, according to a release from GSEA.

More than 5,600 solar companies employ more than 100,000 employees nationally and have installed $11.5 billion in infrastructure.

“We believe this vote shows the PSC, as Georgia’s utility regulator of record, is leading us to a better, more robust and economically viable future with Georgia’s solar potential reflected in its energy portfolio and we thank them for their foresight,” Bell said.

He said the inclusion of smaller systems is particularly good for solar industry and economic growth as those distributed systems will benefit Georgia residents and utility customers directly.

“We know it can increase business productivity and reduce energy bills for homeowners,” Bell said. “Testimony in Atlanta and Savannah also included Georgia citizens from every political and geographic sector calling on the PSC for a wider variety of energy options.”

Utility-scale solar power generation is now substantially more efficient in terms of the amount of land it uses for electricity generation than a decade ago. END_OF_DOCUMENT_TOKEN_TO_BE_REPLACED

END_OF_DOCUMENT_TOKEN_TO_BE_REPLACED

END_OF_DOCUMENT_TOKEN_TO_BE_REPLACED
Calculate How Much You Can Save By Going Solar!
Use The Web's Best Solar Calculator!