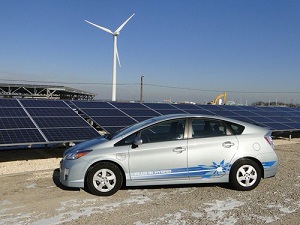 Under Colorado’s renewable portfolio standard, which was last updated in 2010, investor-owned utilities operating in the state are required to get 30 percent of their electricity from renewable sources by 2020.

The popular legislation easily passed both houses of Colorado’s legislature and was signed into law by former Gov. Bill Ritter (D).

ATI executive director Paul Chesser, who formerly worked with free-market think tank John Locke Foundation, wrote in The Washington Times that only Congress has the authority to regulate interstate trade.

“Should the case be found in our favor, it likely would have implications for the other 29 states that also have RES,” he wrote.

“The renewable energy mandate in Colorado is creating an increase in pollutants and greenhouse gas, and we believe it’s prudent to have the law struck,” said David Schnare, director of the Environmental Law Center at ATI.

Schnare also is a Senior Attorney and Environmental Scientist in the Office of Regulatory Compliance at the EPA, according to ATI.

“It is our position that any [RES] mandate limits the interstate market,” he said.

ATI is opposed to all such state mandated programs. Voluntary programs are permissible as would be a federal program.

“We have a general position and have prepared reports that a federal mandate would not be affordable and not be clean,” he said.

The environmental community is opposed to the suit.

“It is a convoluted, strained reading of the law and a desperate attempt to undo a remarkably popular program that’s good for the environment, good for the economy and a jobs creator,” said Colorado Conservation Voters Executive Director Pete Maysmith.

Schnare also contended that the intermittency of renewables like wind and solar actually create more pollution and greenhouse gas because they force natural gas and coal-fired power plants to be turned on and off to account for fluctuations in power produced by the renewables.

ATI has not come out against solar, but is against wind, he said.

“They can say their mantra over and over—it doesn’t make it true,” Maysmith said. “Numerous studies and analysis have looked at the impact of renewables on the grid and the bottom line is using less of the polluting sources of energy—like coal—is better for the climate and better for the environment. Period."

ATI has been asked to launch such cases in other states with renewable energy mandates, Schnare said.

“We have not reviewed those options and will not do so until this suit is likely well underway,” he said.

Utility-scale solar power generation is now substantially more efficient in terms of the amount of land it uses for electricity generation than a decade ago. END_OF_DOCUMENT_TOKEN_TO_BE_REPLACED

END_OF_DOCUMENT_TOKEN_TO_BE_REPLACED

END_OF_DOCUMENT_TOKEN_TO_BE_REPLACED
Calculate How Much You Can Save By Going Solar!
Use The Web's Best Solar Calculator!