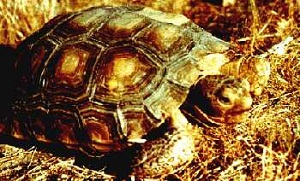 National environmental organizations Natural Resources Defense Council , Sierra Club and Defenders of Wildlife are suing the Department of the Interior (DOI) over its approval of the 663.5-megawatt Calico Solar Project being developed on Bureau of Land Management land near Barstow, Calif. The organizations contend that the project is on land with too many threatened species to allow it to move forward.

The project is being developed by Tessera Solar and K Road Power. It will consist primarily of PV. A smaller portion of the project was slated for Tessera Solar’s Stirling-engine-powered solar concentrating dishes.

The environmental organizations have worked with project developers and DOI to allow other projects, like Ivanpah, to go forward, but they were not able to reach an agreement on this project because of its environmentally sensitive nature. They contend that the project would threaten desert tortoise habitat and travel abilities and would also pose a threat to golden eagles, burrowing owls and Mojave fringe-toed lizard, among other species of flora and fauna.

“This particular project is simply an example of poor siting, and we do not believe that the environmental damage it would cause, were it to go forward, could be mitigated sufficiently,” said Johanna Wald, NRDC senior attorney and lead expert on the case.

Tessera did offer some changes to the proposed project, like moving its boundaries, according to Wald.

“Unfortunately, in this case though, the issue comes down to the fact that this project is in an inappropriate site,” she said.

Alternatives were presented, but the developers chose to go forward with a project in the extremely sensitive Pisgah Valley.

“Which is virtually intact ecologically and provides habitat that is essential for the survival of the Mojave desert tortoise,” she said.

Wald attributed much of the blame to DOI.

“Unfortunately, DOI arbitrarily chose not to examine a full range of alternatives—including the private lands alternatives that we identified—in the environmental review of the Calico project and thereby limited our ability to fully examine such possibilities,” she said.

If their complaint is found valid it could force the project to stop moving forward.

“If the court grants our requests to declare the BLM’s and FWS’s decisions unlawful and grants our motion to vacate the Record of Decision, Final EIS and right-of-way issuance, then the Calico project, as approved, will be halted,” Wald said.

One of the issues, beyond the number of tortoises expected to inhabit the region, is that no one has studied what the impact of such solar projects will really be on animals in the region.

And moving them, might not work, according to Wald.

END_OF_DOCUMENT_TOKEN_TO_BE_REPLACED

Researchers at the Northeastern Center for Renewable Energy Technology (NUCRET) are exploring trees as a natural resource to create new sustainable materials. END_OF_DOCUMENT_TOKEN_TO_BE_REPLACED

As of January 1st, 2020 home owners could claim 30% of the installation cost as deductions while filing their taxes, this has changed significantly this year. END_OF_DOCUMENT_TOKEN_TO_BE_REPLACED
Calculate How Much You Can Save By Going Solar!
Use The Web's Best Solar Calculator!