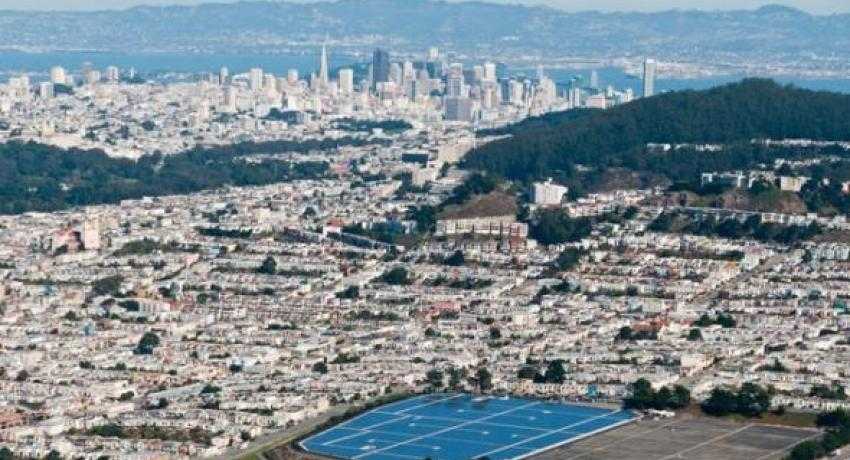 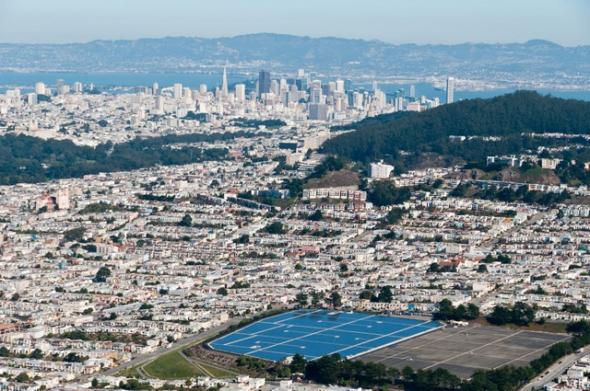 When there are solar projects that are hundreds of megawatts in size going up in California’s deserts and the southwest in general, 4.5 megawatts doesn’t sound too big—until you consider that it’s in San Francisco, home to some of the most expensive real estate in the country. Now Duke Energy Renewables, a clean energy arm of the North Carolina-based energy giant, has purchased the largest inner city solar project in the Golden Gate city, the Sunset Reservoir Solar Power Project.

The solar array consists of nearly 24,000 PV panels over the Sunset Reservoir. The project is under a power-purchase agreement with the San Francisco Public Utilities Commission (SFPUC) and provides electricity for San Francisco's municipal services and facilities.

Duke purchased the project from Recurrent Energy. "With the addition of this project, we continue to grow our solar footprint in California," said Duke Energy Renewables President Greg Wolf. "As this asset continues to contribute to the state and city's renewable energy goals for years to come, we look forward to being a positive presence in this community."

Indeed, the company, which formerly invested in large wind farms, has been increasing its purchase of solar energy projects in the past few years. For instance, in April it acquired the 21-megawatt Highlander solar power projects in Twentynine Palms, Calif.

With the recent purchase, Duke Energy Renewables now has more than more than 100 megawatts of generating capacity at its 16 solar farms. It also now owns 15 wind farms. However, the company owns far more wind generation capacity than solar capacity. The company has more than 1.6 gigawatt of wind projects. On the solar side of renewable enrgy it’s partnered with Integrys Energy Services and Smart Energy Capital and has invested in smaller utility-scale projects. The company also plans to add significantly more renewable energy, with up to 5.5 gigawatts of wind in the pipeline and more solar planned as well.

Utility-scale solar power generation is now substantially more efficient in terms of the amount of land it uses for electricity generation than a decade ago. END_OF_DOCUMENT_TOKEN_TO_BE_REPLACED

END_OF_DOCUMENT_TOKEN_TO_BE_REPLACED

END_OF_DOCUMENT_TOKEN_TO_BE_REPLACED
Calculate How Much You Can Save By Going Solar!
Use The Web's Best Solar Calculator!