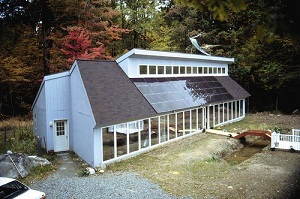 Most companies that offer solar third-party-ownership (TPO) products to homeowners, like leases and power-purchase agreements, brand the product as their own. That’s not the case with Clean Power Finance, which just announced that it’s expanding from its first market of California into new markets including Massachusetts, Colorado and New Jersey.

Unlike other TPO companies like Sungevity, SunRun or Solar City, Clean Power Finance doesn’t brand their products but lets the installer or seller brand the installation. The company serves as the product manager.

Solar installers can use Clean Power Finance’s CPF Tools in their arsenal of financing products available to homeowners that want to go solar. The products offer homeowners low to no upfront costs for a solar system installed on their home under a long-term contract.

The company is backing installations with tax equity funds from investors including Google Inc., which created a $75 million fund with Clean Power Finance late last year.

“Our expansion and new product offerings use funds from the original Google investment as well as two other funds whose source we haven't publicly announced,” said Kirstin Hoefer, marketing vice president at Clean Power Finance. “As we grow, we will continue to add new funds to our solar finance marketplace.”

The company originally rolled out its TPO offerings in California, and to a limited degree in Colorado and Arizona, according to Hoefer.

“Before entering a market fully, we beta test our products on a small scale. This week’s news announced the general availability of our finance products in the markets where we had established a baseline of success,” she said.

Which markets Clean Power Finance enters into with its residential TPO products depends on a number of things. Among them are finding partners to work with, state policies and the cost of electricity, Hoefer said.

Since introducing the products last year, they’ve taken off.

At this point the company has signed up to $1 million in residential solar offerings in one day, according to Hoefer. And it plans to expand in 2012.

“We are looking forward to continuing the dramatic growth we saw in 2011. We can't be more specific about who or when at this point,” she said.

To continue growing the line, the company will work to attract more funding for the products this year.

END_OF_DOCUMENT_TOKEN_TO_BE_REPLACED

With the launch of SolarAPP+, it is expected that solar energy suppliers will be more amenable to providing services in remote areas, as it will make it easier to conduct code inspections and ensure compliance to get their requests approved faster. END_OF_DOCUMENT_TOKEN_TO_BE_REPLACED

END_OF_DOCUMENT_TOKEN_TO_BE_REPLACED
Calculate How Much You Can Save By Going Solar!
Use The Web's Best Solar Calculator!